Community Lakewood Turns Out in Support of Keren Hashviis
Community 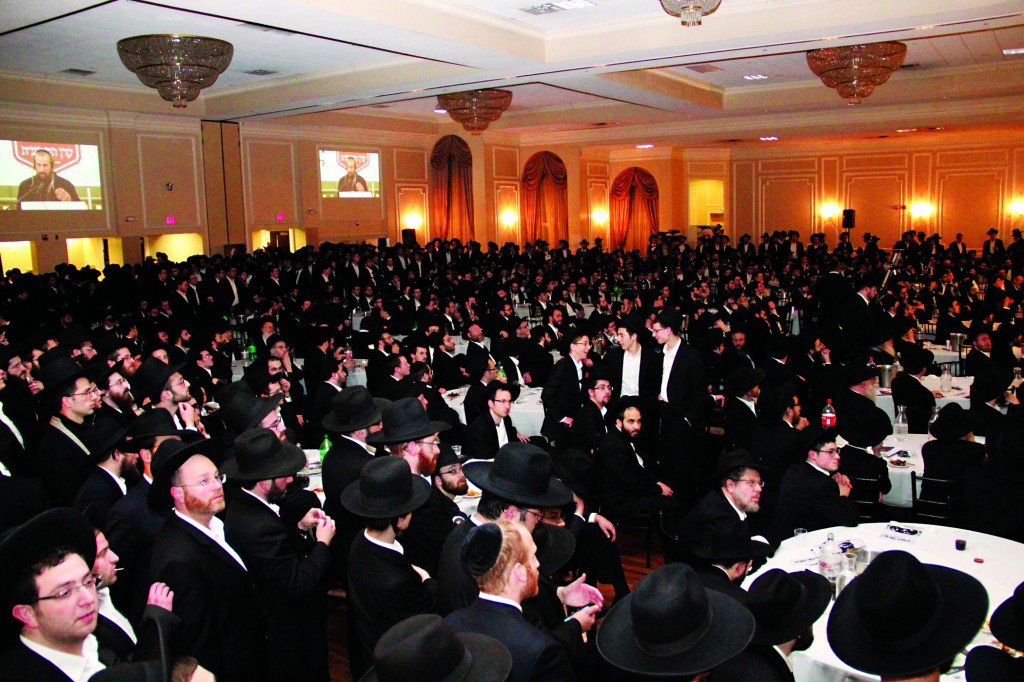 “After nevuah was taken from Klal Yisrael, we were left with daas Torah as our guide until Moshiach comes,” said noted askan and master of ceremonies for the event Mr. Menashe Frankel in his opening address. “There is no cause that daas Torah has called for more consistently in our times than Keren Hashviis.”

Harav Malkiel Kotler, Rosh Yeshivah, Bais Medrash Govoha, spoke about the tremendous Divine protection that Eretz Yisrael merits from the observance of Shemittah, saying that given the recent tensions in the Holy Land, there has never been a time when support of this noble cause was more needed.

“The farmers are our shluchim,” said the Rosh Yeshivah. “Through them we can bring shemirah to all of Eretz Yisrael.”

The most eye-opening aspect of the night’s program were testimonies from farmers themselves, who came to share their experiences and challenges with the crowd.

“If you ask a farmer why he keeps Shemittah, he will answer you simply: because the Torah says so,” said Ira Zimmerman of the Galil. “Their mesirus nefesh comes from simple emunah, without any chochmos.”

Besides his farm work, Ira is the Keren’s north region coordinator.

“Hashem hid Himself with the Creation of the world, but, as the Chazon Ish said, He left windows through which He can be seen,” said Harav Ausband. “Shemittah is a time when we can see Hashem without concealment.”