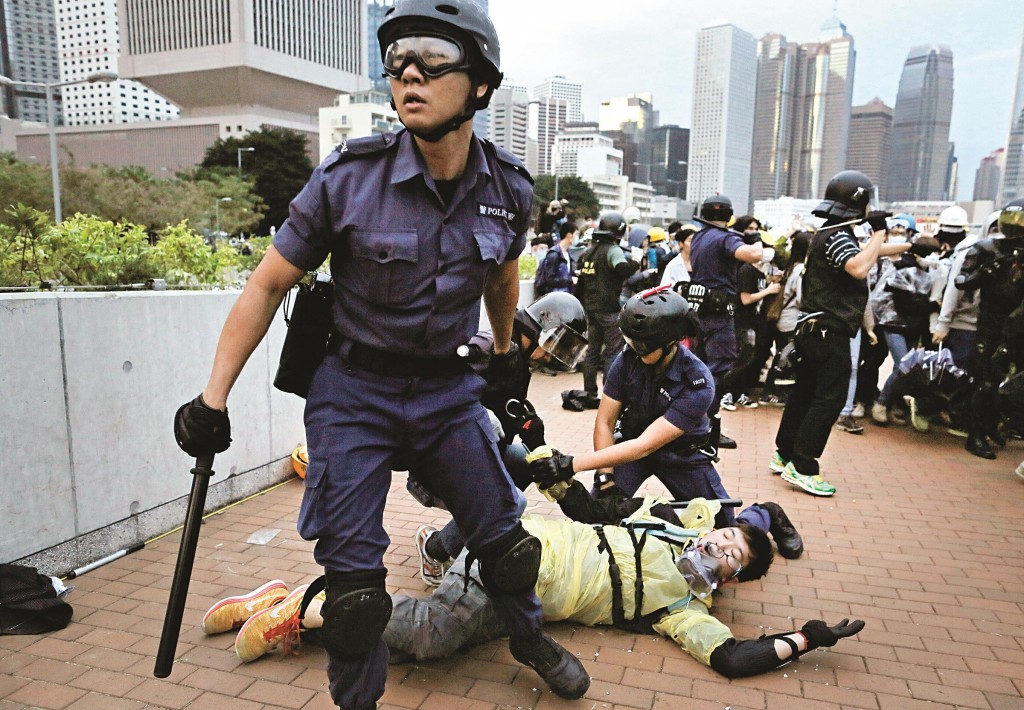 Thousands of Hong Kong pro-democracy activists forced the temporary closure of government headquarters on Monday after clashing with police, defying orders to retreat after more than two months of sustained protests in the Chinese-controlled city.

“Today, we have decided to do this because we feel have no other road to take,” said 18-year-old Wong, to loud applause and chants of support from hundreds of protesters gathered in the rain.

He was speaking after chaos erupted as commuters made their way to work, with hundreds of protesters surrounding Admiralty Centre, which houses offices and retail outlets, in a stand-off with police. The central government offices and the legislature were forced to close in the morning, as were scores of shops.