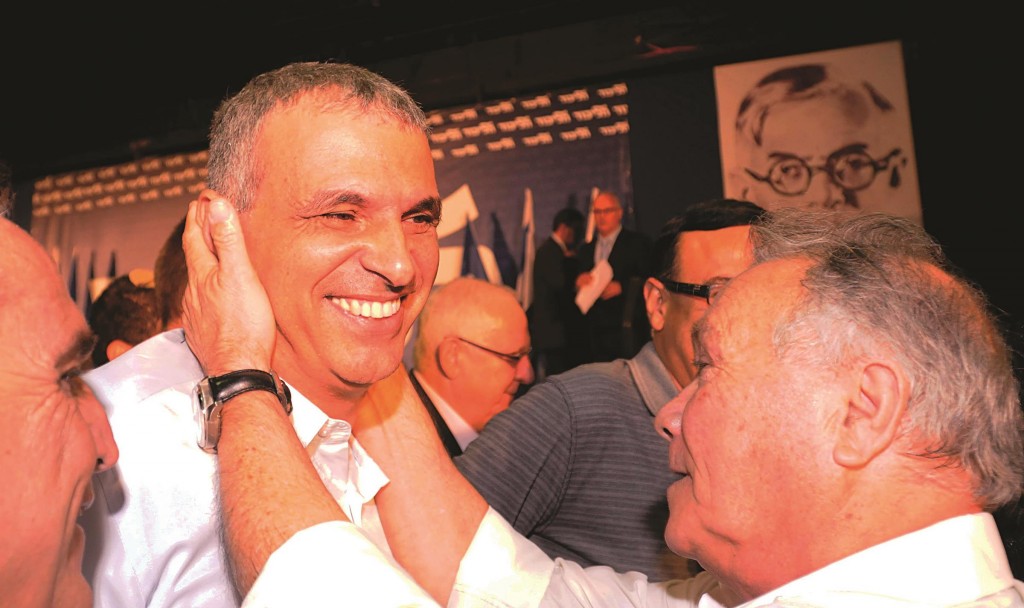 It was hard to say if it was the last ditch of Israeli Prime Minister Binyamin Netanyahu’s efforts to hold his coalition together — there may be more ditches yet to come — but Israeli politics have seldom been stuck deeper in the muck of partisanship and ego.

On Sunday, Netanyahu was again holding a series of meetings with his team of rivals to see if things could be salvaged without recourse to the dread uncertainties of early elections.

At the weekly cabinet meeting on Sunday he made reference to the coalition crisis, which last week eclipsed even the nuclear threat from Iran, which has been a central theme of Netanyahu’s administration.

“Israel needs stability… sadly this is not what’s happening. Hardly a day passes without us running into dictates or threats of resignations or one type of ultimatum or another while ministers are lashing out at the government and the prime minister.”

“I hope we can return to normal conduct. This is what the public expects from us. This is the only way to lead the country, and if not we will have to draw conclusions,” the prime minister said, in a thinly-veiled reference to early elections.

Netanyahu has basically three options, all coming with political risk:

He can wait and see if he can pass the 2015 budget. If a budget is not approved by the Knesset by March 31, the law requires new elections. But informed sources say that the outlook for passage is bleak, given the intransigence of the coalition parties vis-à-vis their pet legislative proposals. A prolonged struggle over the budget will also impact adversely on the economy, which will further dim Netanyahu’s chances for re-election.

He could inform the president that he wants to assemble a replacement coalition. That would get him 21 days to persuade the chareidi parties to support him, so that he would be able to jettison Yesh Atid, the most troublesome partner, a dubious prospect.

United Torah Judaism MK Rabbi Yaakov Litzman on Sunday confirmed rumors that Finance Minister Yair Lapid has made overtures to the chareidim regarding a new coalition.

“He contacted me [recently] through a businessman who asked if there was a possibility we would sit [in government] with Lapid. We asked how that is possible [Lapid insisted on excluding the chareidim from the current coalition and has been backing all the anti-chareidi initiatives] and we were told it can be worked out,” Ynet reported.

Rabbi Litzman would not elaborate further, and would not say whether UTJ would consider supporting Netanyahu. He did stress, however, that such a decision would be made jointly with Shas in consultations with Gedolei Yisrael.

Netanyahu took aim over the weekend at Lapid’s proposed budget and his flagship zero-percent VAT plan, saying the budget would harm the IDF and Israel’s security, while the VAT plan would “waste billions, won’t lower the cost of housing and will help only contractors close to Lapid advisers.”

Political observers have for weeks been predicting that Netanyahu will now take the plunge and call for disbandment of the Knesset and early elections. But on Sunday, he merely grumbled and bargained for more time.

But time is not something that Netanyahu has much of, if he decides to turn to the voters. The latest Rafi Smith poll seemed to indicate that Likud needs to take advantage of its current standing in the polls. It has been fairly stable since last month, at 23 projected Knesset seats, after a loss of 8 seats over five months, since July.

Perhaps the greatest uncertainty of all will be the new party being organized by former Minister of Communications Moshe Kahlon, especially if he is joined by former Interior Minister Gideon Saar. The two popular ex-Likud members could mount a serious challenge for Netanyahu’s base. The Smith poll gives a Kahlon-led party 9 seats, but his candidates list is not yet known, and it’s hard to tell.