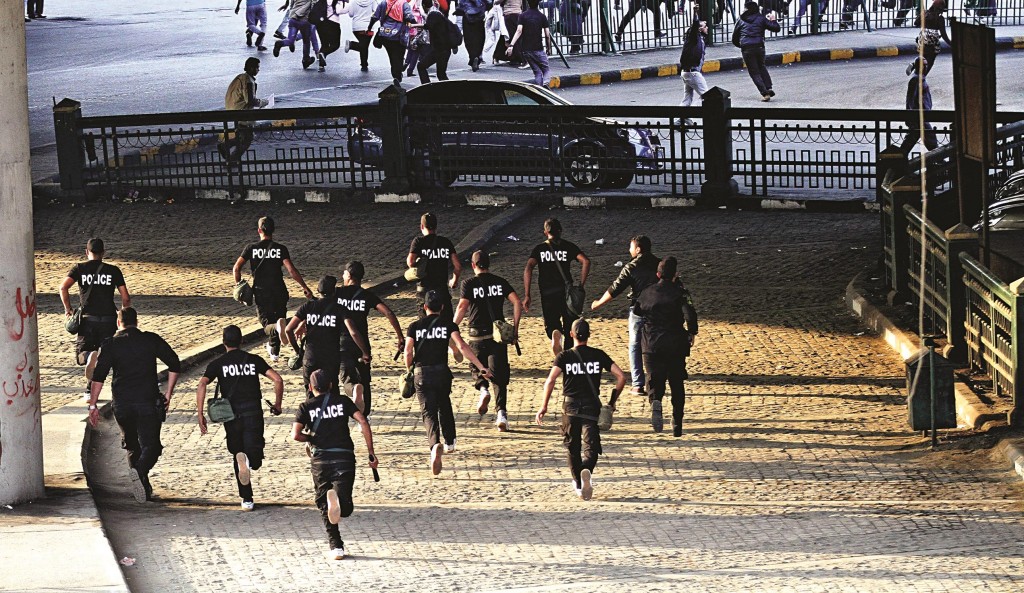 Protests erupted at universities across Egypt on Sunday, condemning a court decision to drop criminal charges against Hosni Mubarak, the president whose ouster in the 2011 uprising raised hopes of a new era of political openness.

Hundreds of demonstrators gathered at Cairo University, waving pictures of Mubarak behind bars and demanding the “fall of the regime,” the rallying cry of the Arab Spring uprisings that shook governments from Tunisia to the Gulf in 2011.

Police stood ready at the gates to bar students that sought to take their demonstration into the streets.

An Egyptian court on Saturday dropped its case against Mubarak over the killing of protesters in the 2011 uprising that ended his 30-year rule.

The ruling was seen by activists as the latest sign that the rights won during the revolt are being eroded.

Two people were killed and nine were wounded on Saturday evening, when security forces fired tear gas and birdshot to disperse about 1,000 protesters who attempted to enter Tahrir Square — the symbolic heart of the revolt that ousted Mubarak.

Clashes also erupted at Zagazig University in the Nile Delta, and the state-owned Al-Ahram newspaper said 11 students were detained after setting fire to a building.

Many Egyptians who lived through the rule of former air force officer Mubarak view it as a period of autocracy and crony capitalism.

His overthrow led to Egypt’s first free election. But the winner, Mohamed Morsi, was ousted last year by Abdel Fattah al-Sisi, another military officer who won a presidential vote in May.

Egyptian authorities have since jailed Morsi and thousands of his Muslim Brotherhood supporters, sentencing hundreds to death in mass trials that drew international criticism.

By contrast, Mubarak-era figures have been released and new laws curtailing political freedoms have raised fears among activists that the old leadership is back.