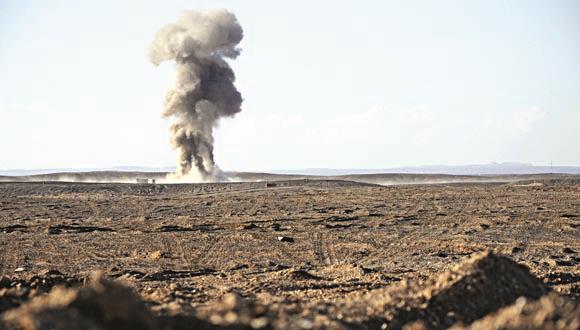 The IDF has released for publication that the Magic Wand missile defense system has completed its test series successfully and is slated for supply to the Air Force in the near future.

Magic Wand is designed to intercept short- and medium-range projectiles — with ranges of 63 miles and 125 miles — three times that of Iron Dome. In the future, additional capacity is planned, enabling it to bring down long-range and cruise missiles.

It will bridge the Iron Dome short-range rocket interceptor and the Arrow ballistic missile interceptor to form a multi-tiered defensive shield that the Israelis are developing with Washington’s help for protection against Iran and its allies on the Israeli border.