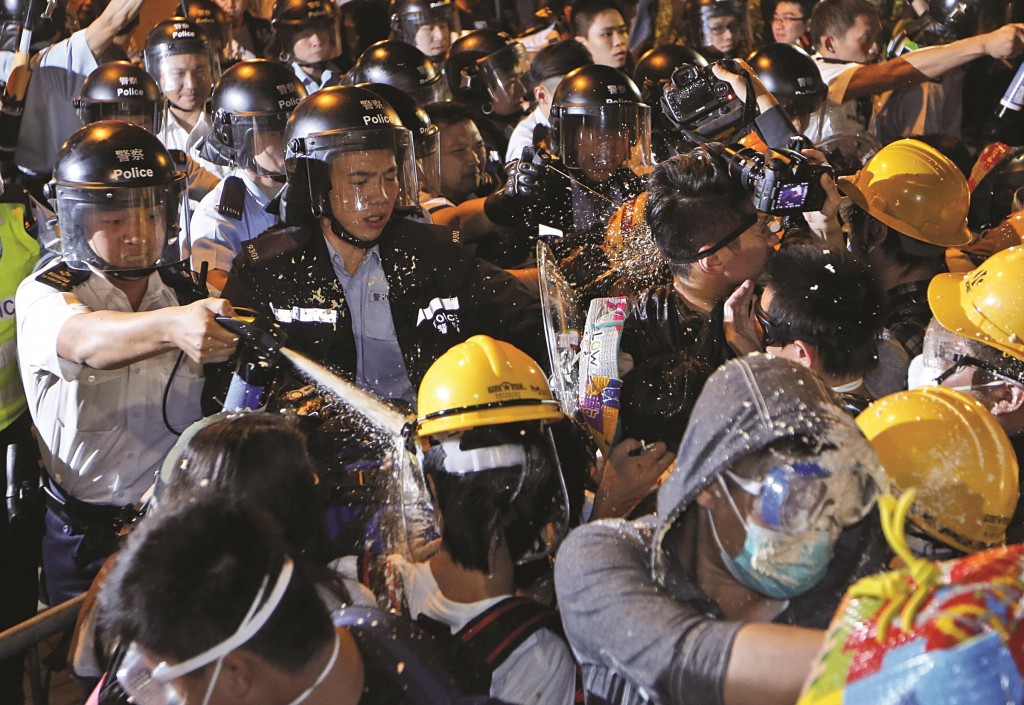 Pro-democracy protesters clashed with police early Monday as they tried to surround Hong Kong government headquarters, stepping up their movement for genuine democratic reforms after camping out on the city’s streets for more than two months.

Repeating scenes that have become familiar since the movement began in late September, protesters carrying umbrellas — which have become symbols of the pro-democracy movement — battled police armed with pepper spray, batons and riot shields.

After student leaders told a big crowd rallying Sunday evening at the main protest site outside government headquarters that they would escalate their campaign, hundreds of protesters pushed past police lines on the other side of the complex from the protest site. They blocked traffic on a main road, but were stopped by police barricades from going down a side road to Chief Executive Leung Chun-Ying’s office.

Police Senior Superintendent Tsui Wai-hung said 40 protesters had been arrested, adding that authorities would not let the road, a major thoroughfare, remain blocked.