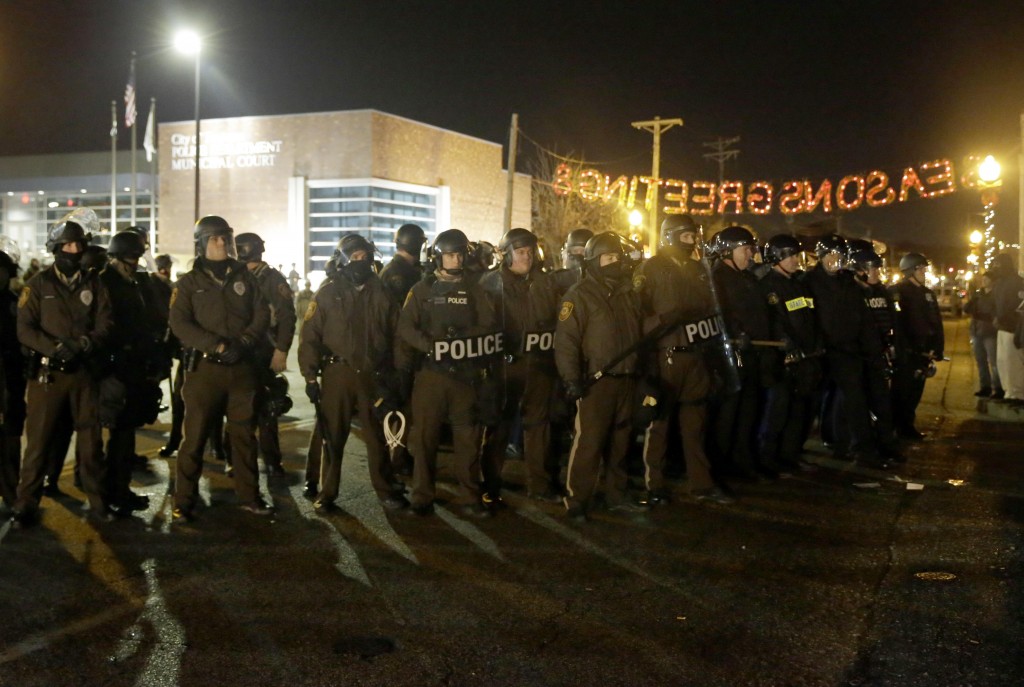 The white police officer who shot and killed an unarmed black teenager in Ferguson, Missouri, this summer, got no severance deal when he resigned from the force, the mayor of the St. Louis suburb said on Sunday.

The officer, Darren Wilson, announced his resignation late Saturday, saying he feared for his own safety and that of his fellow police officers after a grand jury decided not to indict him in the fatal Aug. 9 shooting of 18-year-old Michael Brown.

“There will be no severance or extension of benefits for Darren Wilson following his resignation,”
Mayor James Knowles told a news conference. Knowles also outlined new incentives to bring more African-Americans into the Ferguson police force.

On Sunday, demonstrators temporarily shut down part of the busy Interstate 395 highway that runs through Washington D.C., police said. The protest lasted less than an hour as people formed a human chain to block traffic in both directions.

Wilson, who said he was acting in self-defense and that his conscience is clear, had been on administrative leave and in seclusion since the incident.

Ferguson’s mayor said he had not asked for Wilson’s resignation, but even though the officer had expressed an interest “in a future here,” Knowles wanted the city to turn a page.

Wilson’s departure was long anticipated, because of the potential risks to his own safety and the deep rifts that have emerged in Ferguson between the mostly white police force and the majority black population.