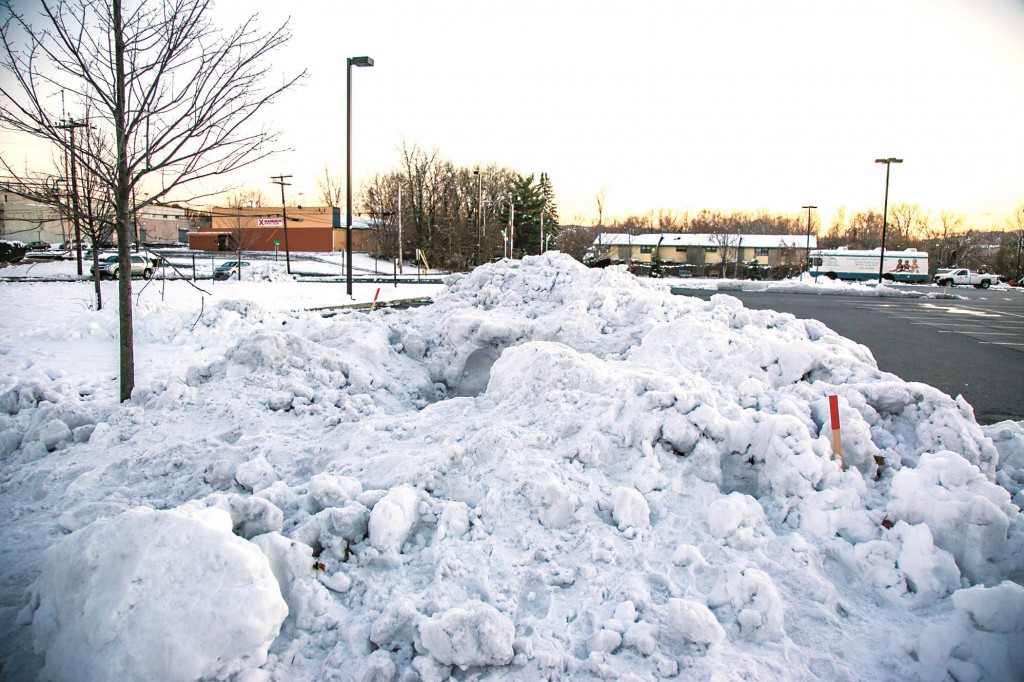 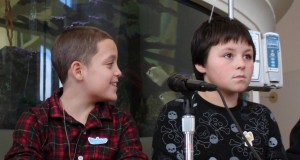 Two boys trapped in a snow pile for about seven hours after a plow buried them could hear their worried family’s cries but couldn’t respond loudly enough to be heard, they said Friday. Police credited an air pocket with saving their lives.

The two cousins, 11-year-old Elijah Martinez and 9-year-old Jason Rivera, were building a snow fort Wednesday night across the street from Elijah’s apartment in Newburgh when a plow operator clearing a parking lot unknowingly pushed snow over them.

Buried in about 5 feet of snow, they could barely move and couldn’t breathe very well, so they could do nothing as they heard the anguished cries nearby. Jason lost his gloves. His hat flew off. They relied on each other to stay alive, they said, sharing Elijah’s face mask to try and keep their hands warm and talking to each other so they wouldn’t fall asleep.

“I felt so tired. It didn’t feel real that they were coming to get us,” Elijah said at a news conference at the hospital where the boys were recovering.

Meanwhile, their parents were growing more frantic, calling police and searching through the snowy streets for the children who were mere feet from the apartment.

“I just kept telling myself: ‘This is not true. This is not real,’” said Jason’s mom, Aulix Martinez. “It was just scary, and as time went on, it got scarier. I was begging the police to please find them.”

“The cops were coming to all the neighbors’ houses. They were knocking on doors. They were ringing bells asking for shovels, asking for help,” she said. “The neighbors came out. Everyone tried to join in the search for the little boys.”

At about 2 a.m., Officer Brandon Rola spotted footprints that were disappearing as more snow fell. Then he saw a shovel.

Rescuers saw the sole of a child’s boot and then motion, digging faster as residents joined in the rescue, some with their bare hands in the pile of packed, wet snow.

“When I first hit the boot, you just try and stay positive and hopeful,” Rola said. “You get that ray of hope and everybody just started working together trying to get these kids out. And as the snow kept coming off, you started to see more and more movement and then you started to hear the voices and it was a very great feeling.”

Rola said seeing the look of joy and hope in the boys’ faces was a terrific feeling.

The boys were conscious but suffering from exposure.

“I felt so happy,” Elijah said. “Everything we went through just fell right off my back.”

“I’m just glad they got that big block off my chest, that was heavy,” Jason said.

Michael Smith, chief medical editor of WebMD, said it was surprising the two young boys are faring as well as they have.

“Having been submerged in snow for seven, eight hours, I would actually expect them to be critically ill,” Smith said. “It sounds like their bodies did an amazing job of keeping them warm enough so that they did not suffer the severe effects of hypothermia because when that happens…your organs start to shut down.”

Smith said children about the ages of 9 or 11 would typically begin feeling the effects of hypothermia after an hour or two of being submerged in wet snowy conditions.

The boys were very thankful for the officer who found them.

“I want him to be proud for what he did. I want him to have a good Thanksgiving, because he’s a hero,” Elijah said.

The cousins appeared healthy Friday; Jason dressed in plaid pajamas and Elijah still wearing his snow pants and a black sweatshirt. They said they wanted to eat and go to Disney World when they got home from the hospital, but Jason’s mother said she wasn’t sure when they would be discharged.