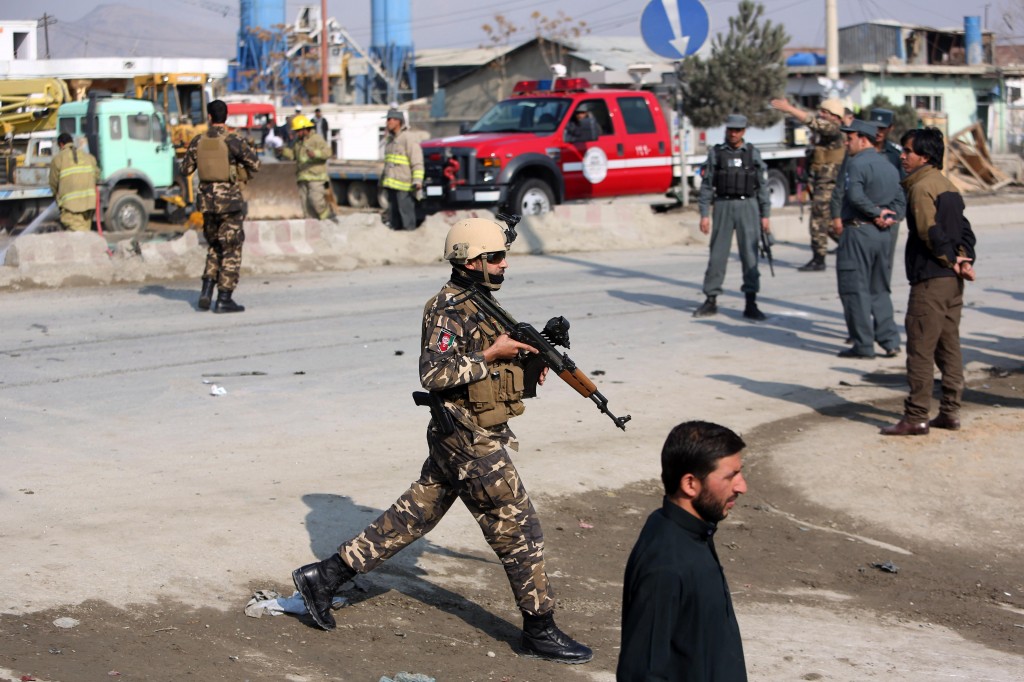 Taliban fighters staged an attack Thursday evening in an upscale district in the Afghan capital Kabul. Witnesses described multiple explosions and bursts of gunfire in the Wazir Akbar Khan district, which contains numerous foreign embassies and compounds housing international agencies and companies — as well as the homes of some senior Afghan government officials.

The attack came hours after a suicide car-bomber struck a British embassy vehicle, killing five people including a British citizen.

Kabul Police Chief Gen. Mohammad Zahir said there were three explosions followed by extended gunfire. A Taliban spokesman said the intended target was a guesthouse in the district occupied by foreigners. The spokesman, speaking on condition of anonymity, refused to give further details, adding only that the target of the attack was, “enemies.”

Afghan police flooded into the area and locked down the surrounding streets.

The attack took place near the compound of the development agency International Relief and Development. The agency’s head of security, Tony Haslem, told The Associated Press the attack lasted about 45 minutes and he heard rocket propelled grenades and automatic weapons being fired.

Deputy Interior Minister Mohammad Ayoub Salangi confirmed that the target of the attack was a guesthouse in the diplomatic area. He said no foreigners had been killed.

“One Nepalese guard was wounded, but all the foreigners are fine,” Salangi said. Three attackers had been killed, two by Nepalese guards at the guesthouse, he said.

“One of the attackers blew himself up,” he added.