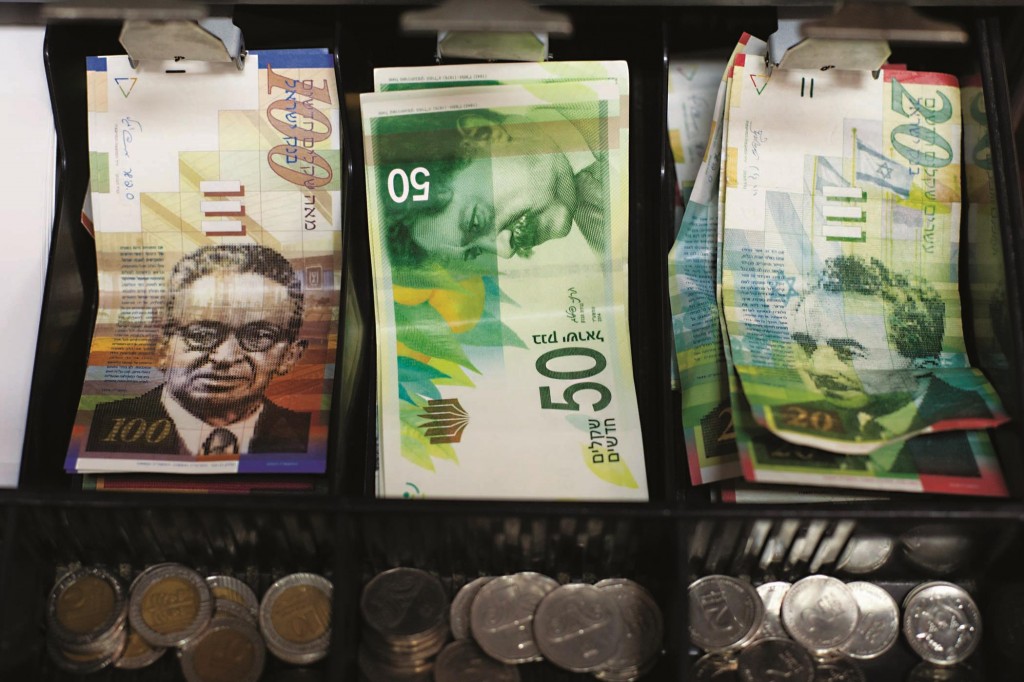 Demand for the shekel has fallen precipitously and there’s no end in sight, analysts were saying on Thursday.

They can’t even see bottom, and the NIS 3.9/dollar threshold is approaching fast.

The shekel continued to fall against the dollar Thursday, losing another 0.1% against the U.S. currency. Experts at the FXCM currency exchange firm in Tel Aviv proclaimed, “no one is interested in the shekel today.”

The shekel, which for the past three years has traded in a range between NIS 3.3-3.6 to the dollar, began falling about six weeks ago, after the Bank of Israel slashed interest rates, bringing the prime rate down to 0.25% — the same level as in the U.S. Speculators who had invested in the shekel in order to benefit from Israel’s previously higher interest rates have now largely withdrawn their money, and the shekel has dropped accordingly.