National Ferguson Gives Thanks After a Quiet Night
National 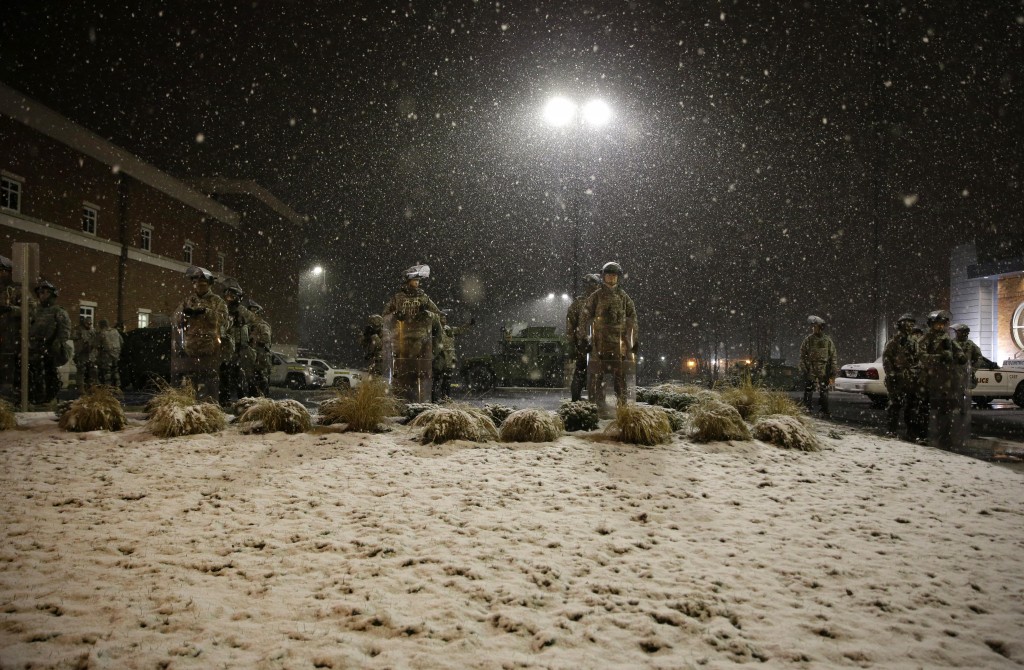 Protesters in Ferguson pressed pause Thursday as the city welcomed Thanksgiving. No police officers or Missouri National Guard members stood sentry outside the Ferguson police station, which has been a nexus for protesters since Monday night’s announcement that Ferguson police officer Darren Wilson, wouldn’t be indicted for fatally shooting the unarmed black 18-year-old in August.

Since the grand jury’s decision, protests have taken place across the country. Most have been peaceful. But at least 130 demonstrators who refused to disperse during a Los Angeles protest were arrested Wednesday night, while 35 people were detained in Oakland following a march that deteriorated into unrest and vandalism, according to police officials.

Back in Ferguson, Greater St. Mark Family Church sits blocks from where several stores went up in flames after the grand jury announcement. A handful of people listened to a pastor preach Thursday that the destruction and chaos was by “a small group of out-of-control people out there.”