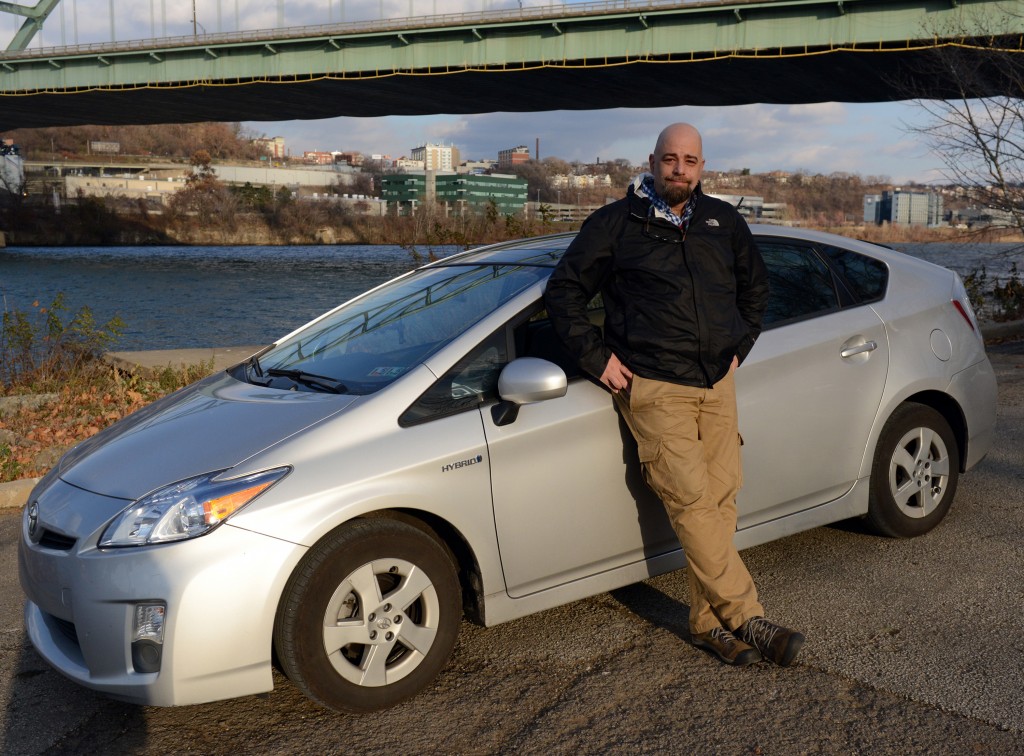 Matte Braidic has been driving for Uber since July. After three weeks, he traded his Ford Escape for a Toyota Prius, which he calls the “quintessential Uber car.” A former taxi driver, Braidic said he thought driving full time for the ride-share company would be a good fit.

“You have to know your way around town, because GPS is only going to get you so far,” he said. “You have to hustle; it’s not for the faint of heart. But even if you’re just taking small fares — like the other night, I took 10 fares in three hours, worked four hours and made $90. It was a Tuesday. That’s good money.”

Uber does not release figures about the number of drivers in a given city, so there is no way to verify how many drivers it has in Pittsburgh, let alone how many are making it their full-time job.

A now-infamous post on Uber’s blog earlier this year stated that its UberX “driver partners,” who use personal vehicles to ferry passengers, “are small business entrepreneurs demonstrating across the country that being a driver is sustainable and profitable.”

Uber says the median income for an UberX driver in New York City is $90,000 a year, and about $74,000 per year in San Francisco. The company takes 20 percent of each fare.

But some Uber drivers have started noticing that various fees the company tacks on are cutting into their income, says Boston-based attorney Shannon Liss-Riordan. She has filed a class-action lawsuit against Uber for what she terms unfair labor practices. The suit states that drivers have been “misclassified as independent contractors and are entitled to be reimbursed for their expenses that Uber should have to pay, like for gas and vehicle maintenance.”

Liss-Riordan said she has heard from Uber drivers who say even if they work full time, in some cities, the number of drivers makes it difficult to make the income they were expecting.

“They can only drive so many customers a day,” she said. “Even if they work full time, they can’t have a customer in their car at all times.”

Uber recently rolled out a new rewards program for drivers called Momentum. It includes discounts at car-repair chains such as Jiffy Lube and discounts on phone plans. It also includes a partnership with health-care plan “recommendation engine” Stride Health, to help drivers find health-care plans in the Health Insurance Marketplace. At a recent dinner with reporters in New York, Uber CEO Travis Kalanick called the Affordable Care Act “huge” for companies like Uber.

“The democratization of those types of benefits allow people to have more flexible ways to make a living,” Kalanick said at the dinner, according to a report published on BuzzFeed News. “They don’t have to be working for The Man.”

An Uber spokeswoman responded to a request for more information about the Momentum program by linking to a blog post about the program.

Braidic said he is “less enamored” with Uber than when he first started driving for the company, and noticed a glut of new drivers on the system once the company received conditional approval from the Pennsylvania Public Utility Commission. “You’ll wait longer for a fare now than you used to,” he said.

Braidic chronicles some of his more-unusual rideshare-passenger stories on his site UberBurgh, a variation on his photography project FaceBurgh. Every passenger has a story to tell, he says, which makes the work interesting.

Uber came under fire last week for comments a senior executive made outlining an idea to launch smear campaigns against reporters critical of the company. Kalanick refuted the comments, saying they did not represent the company.

Braidic said this latest controversy hasn’t made him consider quitting, but he has wondered whether it might lead to customers leaving the platform. “If clients stop taking Uber, that might concern me,” he said.

Still, Braidic plans to continue driving for Uber, even if he lands another full-time job. “I think I would keep doing it because it’s so easy to just turn on the app and make some money,” he said. “And, it is fun to be part of a transportation revolution.”