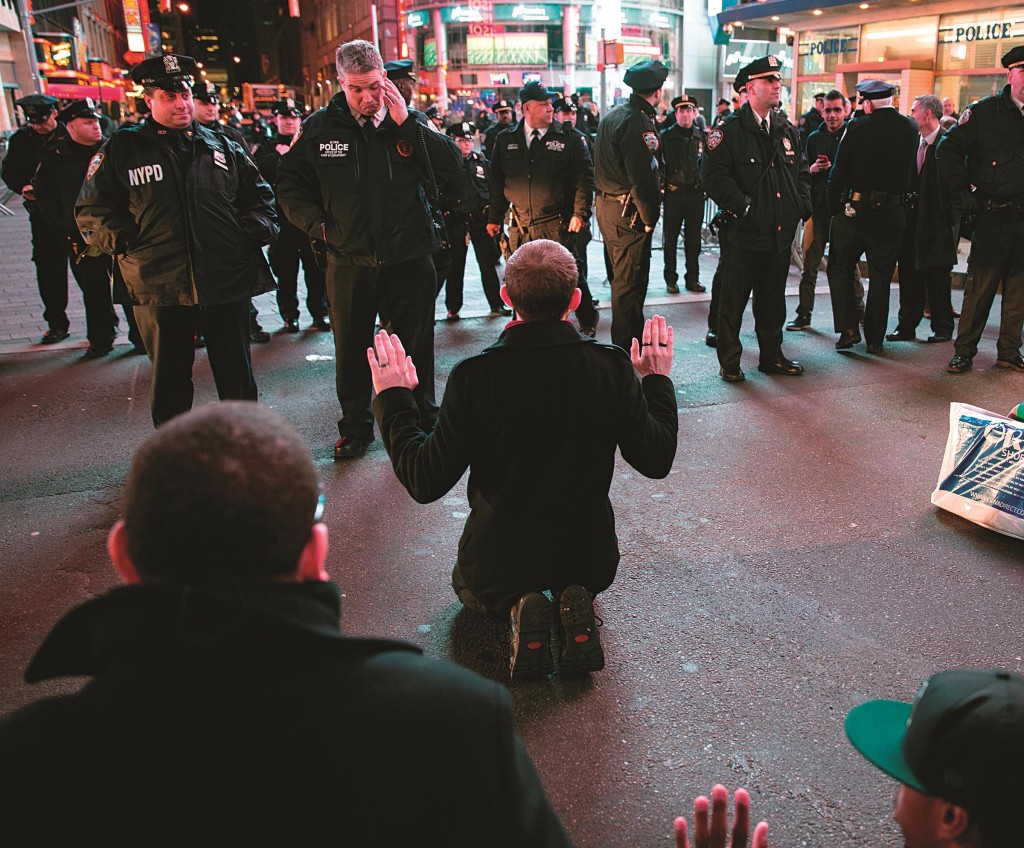 The NYPD arrested 10 people overnight Tuesday in Times Square as thousands blocked roads, bridges and tunnels after the grand jury decision not to indict a white Ferguson, Missouri, police officer in the shooting death of a black teenager.

Four people were charged with resisting arrest and six with disorderly conduct.

“As long as they remain nonviolent, and as long as they don’t engage in issues that cause fear or create vandalism, we will work with them to allow them to demonstrate,” he said.

The protesters gathered in Union Square before splitting up into separate groups, chanting “No justice, no peace.” Some held signs saying “Justice for Mike Brown,” “The Killer Cop Walked, AmeriKKKa Halts!” and “Black Lives Matter.” Some used the opportunity to internationalize the protests, with at least one sign stating, “From Ferguson to Palestine Occupation is a Crime.”

They caused traffic disruptions on the FDR Drive and congregated at the entrances to the Williamsburg and Manhattan bridges and the Queens Midtown Tunnel.

Drivers were stuck in traffic for hours Tuesday night in Manhattan. One person who made a bar mitzvah in Brooklyn said that at least one guest told him he was delayed for hours coming from Manhattan.

A bachur from Boro Park who was supposed to become a chassan in Monsey ended up arriving two hours after the discussed time, delaying the l’chaim until late in the evening.

Meanwhile, Bratton says the violence in Ferguson is very disturbing and he has sent detectives there to “bring back lessons.” Bratton says he also will work with protesters to avoid similar unrest in New York when a grand jury decides whether to indict a police officer in the chokehold death of Eric Garner.

He says the NYPD has long-term relationships with civil-rights and community leaders.