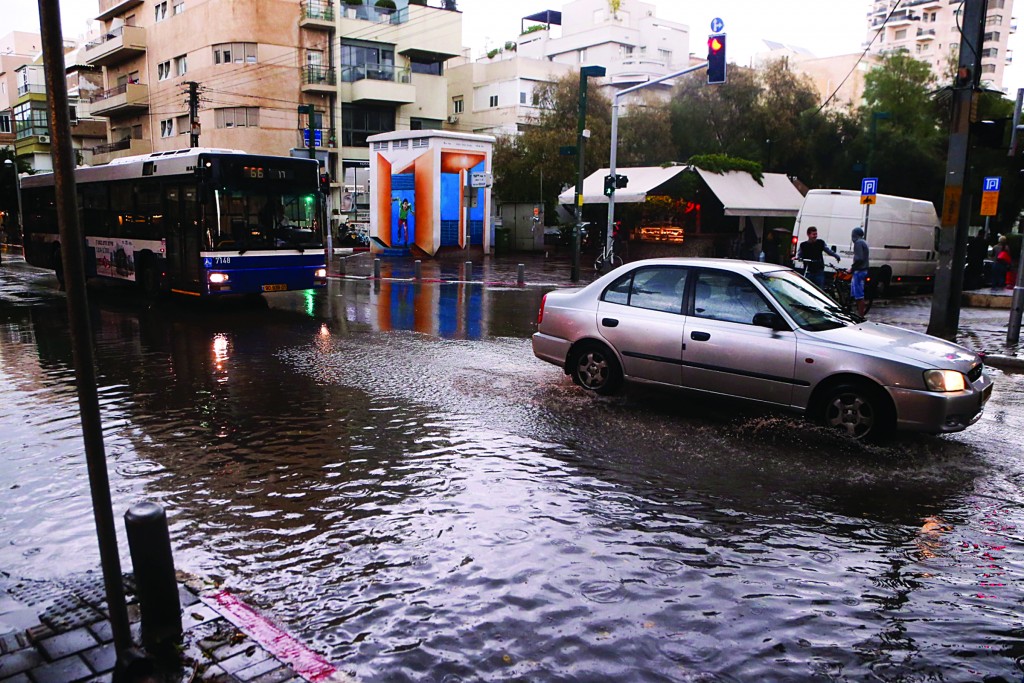 The storm, which has been moving through the region since the end of last week, dumped up to nearly two inches of gishmei brachah in some parts of the country, and flooding necessitated several emergency rescues.

A military helicopter was dispatched to Nahal Og in the Negev on Wednesday night to help hikers stranded because of flooding in the area. The search and rescue workers were attempting to drop warming implements to the hikers, fearing they were in danger of hypothermia.

Earlier in the day, three brothers, ages seven, nine, and 11, got stuck in swarming mud and water in Hod Hasharon for hours until police were able to pull them out. One of the children was reported in serious condition after nearly drowning, but was expected to recover.

In Yerushalayim, a yeshivah student who was walking with friends “disappeared” as he was swept away by rain-swollen waters. B’chasdei Shamayim, he was located “downstream” about a half hour later, alive and well.

Traffic in various parts of the country was slowed by treacherous weather conditions. Police closed several roads, including one lane of Route 1, near the Shoresh Junction outside Yerushalayim. Commuters said travel time was double or triple the usual.

The northern Golan Heights received almost two inches of rain, as did Rishon Letzion; Yerushalayim got about an inch and a half.

The rain is expected to taper off by Friday.