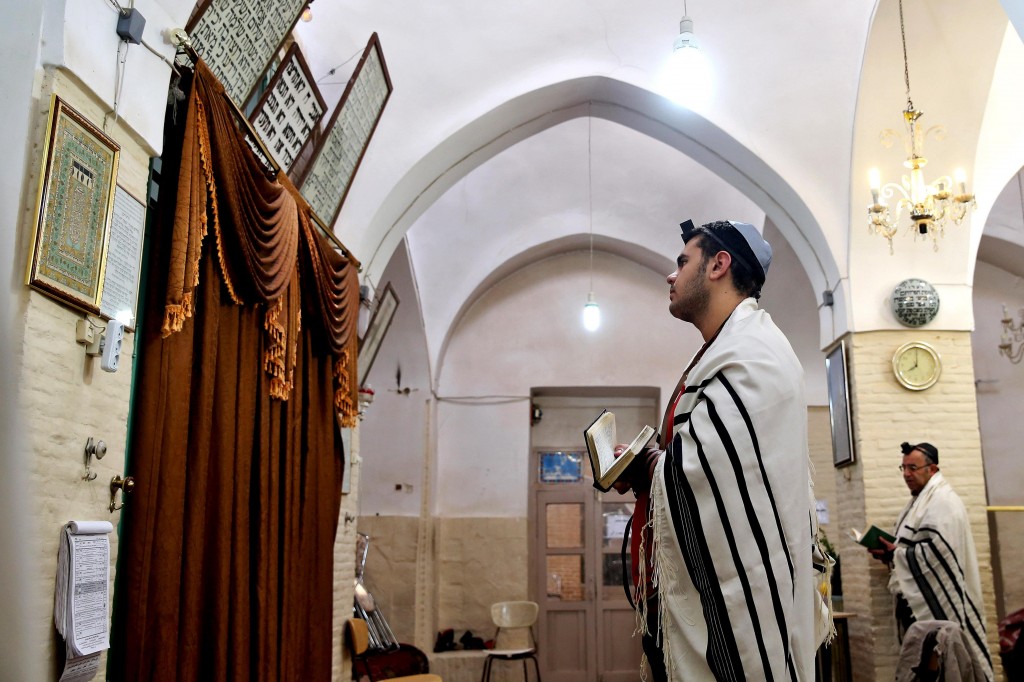 More than 1,000 Jews from around Iran took part this week in a yearly pilgrimage to the kever of the Ohr Shraga in the city of Yadz.

Reports surrounding the event emphasized the trend of improving conditions for the Iranian Jewish community under President Hassan Rouhani, whose public posture has been far more moderate than that of his predecessor, Mahmoud Ahmadinejad.

“The government has listened to our grievances and requests. That we are being consulted is an important step forward,” said Homayoun Samiah, leader of the Tehran Jewish Association. “Under former President Mahmoud Ahmadinejad, nobody was listening to us. Our requests fell on deaf ears.”

Most of Iran’s 77 million people are Shiite Muslims and its ruling establishment is led by hardline clerics who preach a strict version of Islam. Many Jews fled the country after the 1979 Islamic Revolution. Jews linked to Israel afterward were targeted.

Nevertheless, Iran, whose Jewish community is over 2500 years old, is still home to an estimated 20–25 thousand Jews. The practice of Judaism is permitted, but with significant restrictions.

“It has to be done in a way that is not noticeable,” said Rabbi Yosef Aryeh, leader of the Marine Park Sephardic Congregation. “You can have shechitah and go to shul. They make milah and are allowed to have tefillin. If you do not attract attention, then you are okay.”

Several sources in the Iranian Jewish community told Hamodia that following the Islamic Revolution of 1979, many Jewish schools were closed down. Since then, those that remain are overseen by government-appointed Muslim principals and are restricted from teachings seen as being in conflict with Islamic belief.

“Most teaching happens in the shuls and in the home,” said Rabbi Aryeh about the general state of Jewish observance in Iran. “A Sephardi who is very traditional can get a lot from what he learns at home, but since there are no real yeshivot, they are limited.”

The Ohr Shraga, who lived in Yadz some 200 years ago, was a noted Torah scholar and Kabbalist who occupies a unique place in Persian Jewish tradition.

“A lot of people go every year,” said a Rabbi of the Persian Jewish community in America who asked not to be named. “It is, to us, like going to Kever Rochel or Rabbi Shimon Bar Yochai. The story goes that he used to learn every night with two other talmidei chachamim, one in Tehran and another in Shiraz [both of which are hundreds of miles away], using Kabbalah.”

The Rabbi said that while Jews in Iran today are able to live their lives in relative calm, the picture being presented is not totally accurate.

“The government pushes against [Jewish] religion and they [the Jewish community] push back. They have been playing a sort of cat-and-mouse game for years, but it is nothing like what you would call freedom of religion. Before the Revolution, Iran had over 100,000 Jews. Now 80 percent have left. That would not happen if everything was great.”

With reporting from the Associated Press.