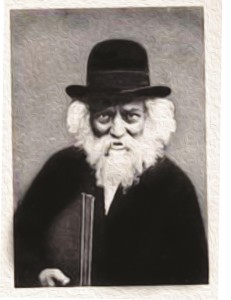 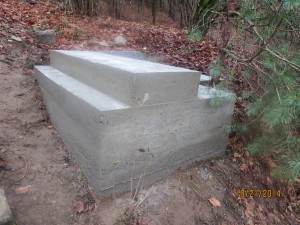 Seventy-five years to the day that the Torah world suffered the devastating loss with the petirah of Hagaon Harav Baruch Ber Leibovitz, zt”l, 150 Jews from across the globe attended a moving hakamas matzeivah at his kever in Vilnius (Vilna) on Wednesday evening. Led by his grandson Harav Chaim Shlomo Leibovitz, shlilta, Rosh Yeshivas Ponevezh, and his younger brother, Harav Baruch Ber Leibovitz, the entourage — who came from Yerushalayim and London, Bnei Brak and Brooklyn, Lakewood and Antwerp — included Gedolim, shlita, among them Harav Moshe Shapira,  Harav Dovid Schustal, Harav Malkiel Kotler, and Harav Don Segal. Also present was a Boro Park resident who is one of the few surviving talmidim of Rav Baruch Ber; numerous descendants and other family members; and children and talmidim of his talmidim.

Though it was a dark and bitterly cold evening in Vilna, most of those who gathered stayed at the site of the kever long after the Tehillim, recited by Harav Leibovitz, and the stirrirng words of hisorerus, spoken by Harav Segal, concluded. They lit candles for his neshamah and continued to daven, inspired by the remarkable story of how this kever was rediscovered after seven and half decades, and cognziant of the fact that the chiddushei Torah and personal example of this spiritual giant continue to light the Torah world today.

After the hakamas matzeivah the group traveled to a nearby conference center where Harav Leibovitz gave a powerful shiur based on chiddushim regarding inyanei talmud Torah in Rav Baruch Ber’s sefer Birkas Shmuel. A seudah followed, and Harav Shapira, Harav Kotler and Harav Shaya Schlesinger, a Rav in London, spoke.

“We are all his talmidim,” Harav Shapira declared, pointing out that Birkas Shmuel is a fundamental sefer  studied in great depth by every serious ben Torah.

For Mr. Avrohom Biderman, a noted askan who was deeply involved in the efforts to locate, mark and preserve the kever, it was a moment he had been waiting for for three years.

Mr. Biderman, who was accompanied by his wife, said that “For his talmidim, he was a rebbi and father. The bond that his talmidim had with him, the ahavah they felt for him decades after his petirah, was extraordinary.”

Mr. Biderman stressed that the efforts to place a matzeivah at the kever were actually part of a much greater project — saving the area of this beis hachaim that has tens of thousands of kevarim from being developed and destroyed forever.

He heaped praise on Rabbi Ezriel Leibovitz and Rabbi Yaakov Moshe Leibovitz — sons of Harav Chaim Shlomo — who expended enormous effors and exhibited great mesirus nefesh for this lofty mission, as well as numerous others who played key roles in making this dream a reality.

The surviving talmid, who asked only to be identified by his first name, Reb Moshe, who was present at Rav Baruch Ber’s petirah and levayah, entralled the attendees with his personal recollections of the two years he spent in the Kamenitzer yeshivah.

“He was a malach, not a person,”  Reb Moshe said, as he described the awe Rav Baruch Ber exhibited when pronouncing the name of Harav Yehoshua Leib Diskin and other Acharonim, let alone a Rishon.

“With a tzitter  he would say the heileger Rav Yehoshua Leib.”

Reb Moshe, who made the exhausting trip to Vilna after learning about the hakamas matzeivah through an article in Hamodia, recalled the time the Slonimer Rebbe, zy”a, arived in Kamenitz to listen to a shiur.

A more comprehensive report will iy”H appear in the future.

This article appeared in print on page 4 of the November 27th, 2014 edition of Hamodia.