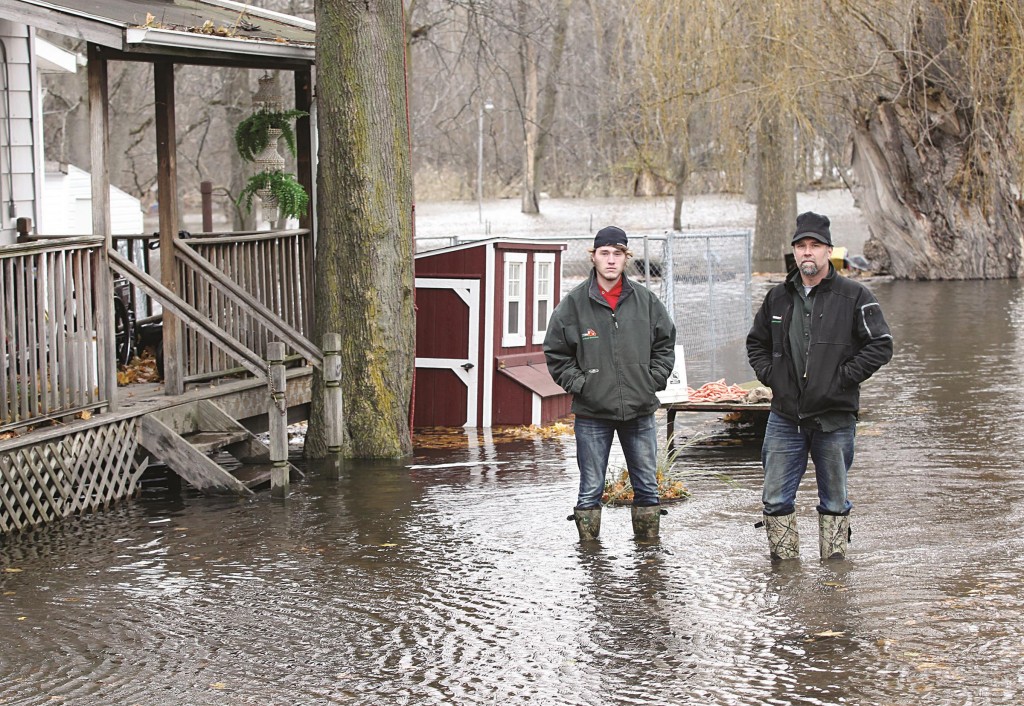 Some Buffalo-area residents dealt with flooded basements from melting snow as authorities on Tuesday kept an eye on rising creek levels a week after the region was hit by record-breaking lake-effect storms.

The National Weather Service issued a flood warning until late Tuesday afternoon for parts of a five-county area of western New York. All Buffalo public schools have reopened after being closed since last Tuesday.

Gov. Andrew Cuomo, in the region for a sixth straight day, Monday, said state-deployed pumps and sandbags were in place as rain and temperatures over 60 rapidly melted the snow. Residents shoveled snow in T-shirts against a backdrop of white drifts.

Snowfall across the region ranged from less than a foot to about 7 1/2 feet, depending on where the bands of snow coming off Lake Erie hit hardest.