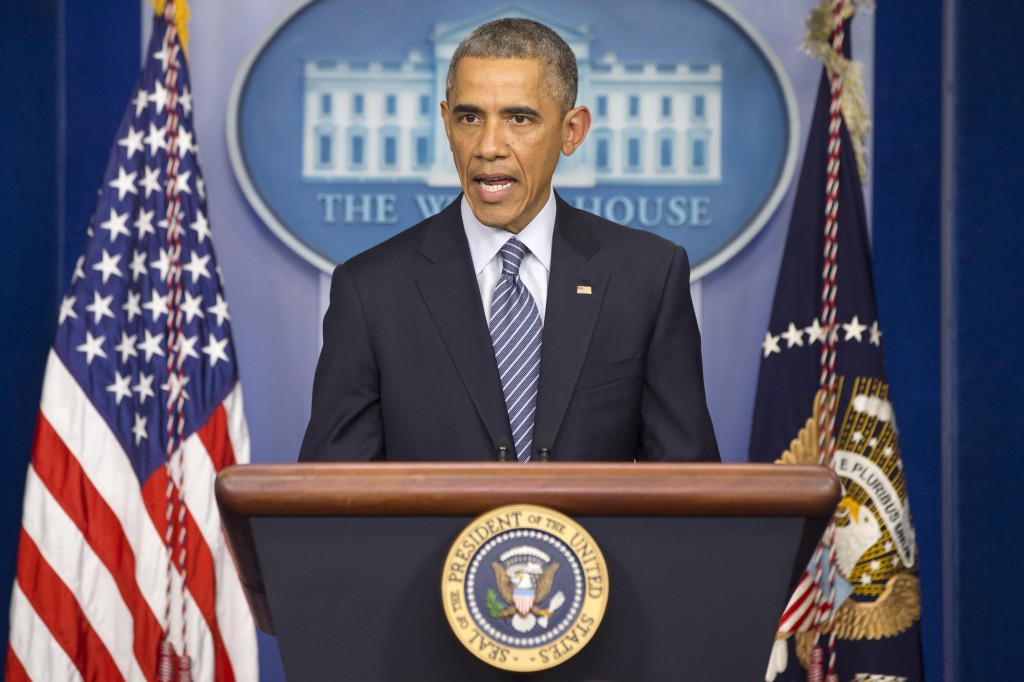 In contrast to the deeply personal response that Obama delivered last year after a Florida jury found Trayvon Martin’s killer not guilty, he was more restrained in speaking after a Missouri grand jury declined to indict Michael Brown’s shooter.

The cases have many differences, most notably that the bullets that took Brown’s life came from a policeman’s gun after a confrontation on the street.

Obama’s call for calm Monday night was not heeded by the protesters in the St. Louis suburb of Ferguson, who torched buildings and police cars, smashed and looted storefront windows and fired gunshots. In a real-time display of the limits of his influence, media networks showed Obama’s remarks from the White House on a split screen with live video of the violence.

“We are a nation built on the rule of law, and so we need to accept that this decision was the grand jury’s to make,” Obama said in response to the decision not to charge police officer Darren Wilson in Brown’s death.

White House officials are still considering whether Obama should travel to Ferguson, weighing the importance of the moment with the risk of inflaming tensions. They say a trip won’t come this week with the Thanksgiving holiday, giving them time to watch the response unfold and consider the president’s options.

The balanced middle ground stood in contrast to the stance Obama took in July 2013 after the acquittal of George Zimmerman, the neighborhood watch volunteer who fatally shot Martin as he walked back from a convenience store. “Trayvon Martin could have been me 35 years ago,” Obama said then, going on to describe how he had experienced being followed in a department store or hearing drivers lock their doors when he walked by.