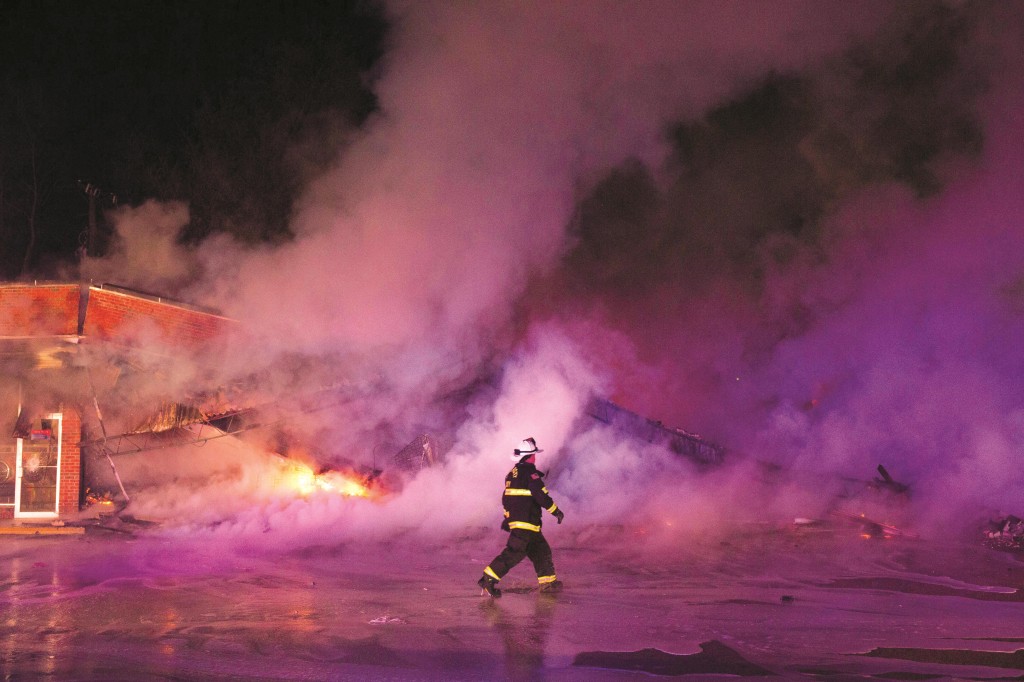 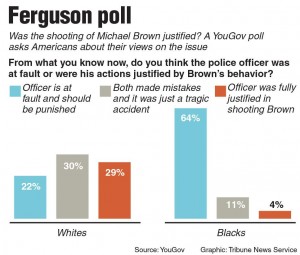 Aiming to head off new looting and rioting, Missouri’s governor on Tuesday ordered National Guard reinforcements into the St. Louis suburb of Ferguson, following overnight violence ignited by the clearing of a white police officer in the fatal shooting of an unarmed black teenager.

Attorneys for the family of Michael Brown, the 18-year-old shot to death by officer Darren Wilson in August, condemned as biased the grand jury process that led to Monday’s decision not to bring criminal charges against Wilson.

About a dozen Ferguson buildings burned overnight and 61 people were arrested on charges including burglary, illegal weapons possession and unlawful assembly, police said. Police said protesters fired guns at them, lit patrol cars on fire and hurled bricks into their lines. Police fired tear gas and flash-bang canisters at protesters and shops were looted.

The St. Louis County grand jury’s decision also led to protests in other major U.S. cities. The unrest came despite calls by President Barack Obama and others for police and protesters to exercise restraint.

Brown family lawyer Benjamin Crump said the grand jury process was unfair because the prosecutor in the case had a conflict of interest and Wilson was not properly cross-examined.

“This process is broken. The process should be indicted,” Crump told a news conference, adding that the family wants police to be equipped with body video cameras to provide an indisputable account of their actions.

Attorneys for Wilson, who was placed on administrative leave since the shooting, said he was following his training and the law when he shot Brown.

Wilson told the grand jury that Brown had tried to grab his gun and he felt his life was in danger when he fired, according to documents released by prosecutors.

“I said, ‘Get back or I’m going to shoot you,’” Wilson said, according to the documents. “He immediately grabs my gun.”

Missouri Governor Jay Nixon said he was meeting with law enforcement officials and bolstering the National Guard deployment to ensure that people and property are protected in the days ahead.

“The violence we saw in areas of Ferguson last night is unacceptable,” Nixon said in a statement.

His office said, “The Guard is providing security at the Ferguson Police Department, which will allow additional law enforcement officers to protect the public.”

“This is going to happen again,” said Ferguson area resident James Hall, 56, as he walked past a building smouldering from a blaze set during the street protests in the city.

Although no serious injuries were reported, St. Louis County Police Chief Jon Belmar said the rioting on Monday night and early Tuesday morning was “much worse” than the disturbances that erupted in the immediate aftermath of the August shooting.

The smell of smoke hung in the air along a stretch of West Florissant Avenue in Ferguson. The street was closed by police but heaps of broken glass and piles of rubble accumulated in front of the few buildings that had not been boarded up.