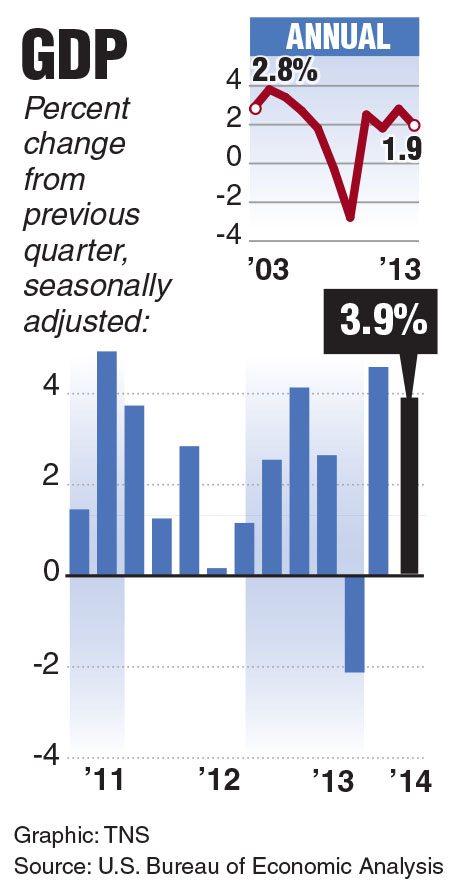 The economy grew faster in the third quarter than initially thought, expanding at a solid 3.9 percent annual rate, the Commerce Department said Tuesday.

The figure was unexpectedly better than the 3.5 percent annual rate the government reported in its first estimate last month.

Economists had forecast the growth rate would be revised down to 3.3 percent.

Third-quarter growth still was down from the 4.6 percent pace in the second quarter, but the decline was expected as much of the spring activity came from pent-up demand after the economy sharply contracted during a winter marked by severe weather.

Stronger consumer spending was a key factor in the upward revision of third-quarter growth, the Commerce Department said.

Spending increased 2.2 percent in the third quarter, better than the 1.8 percent increase in the first growth estimate.

Still, consumer-spending growth slowed in the third quarter after increasing 2.5 percent in the second quarter.

Other factors in the third-quarter revision were a smaller than initially estimated drop in private business inventories and a larger increase in nonresidential investment, the Commerce Department said.