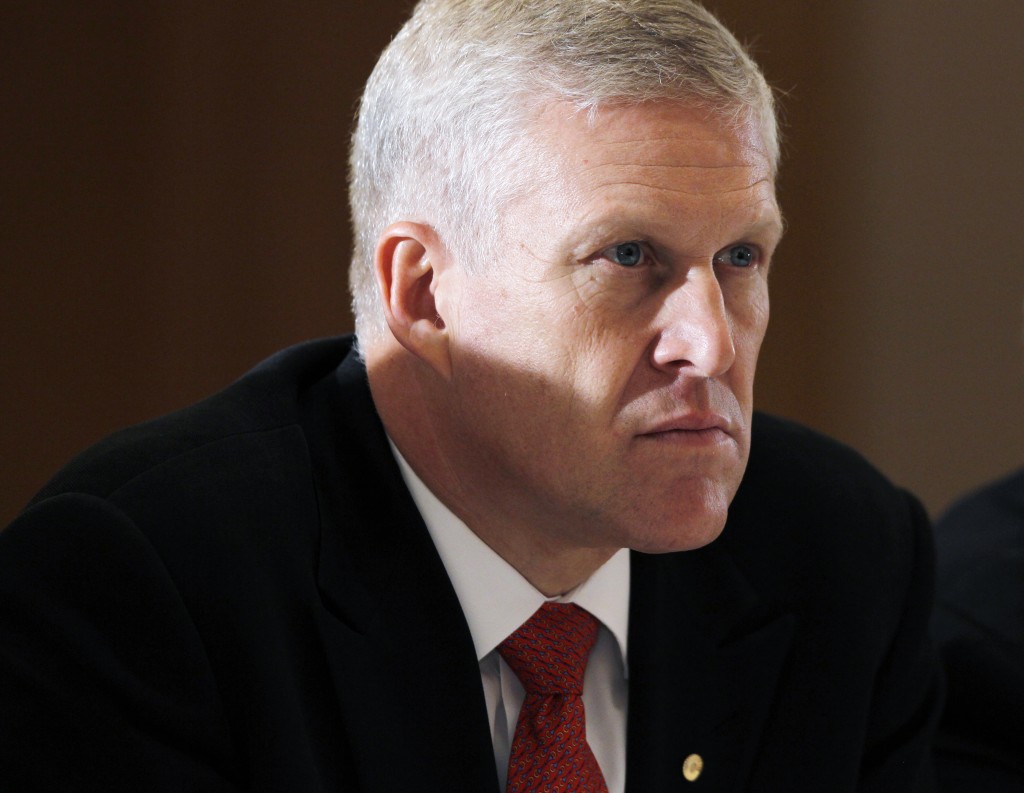 Chenevert, 56, is also stepping down as chairman. He had been appointed to both jobs in 2008.

He steered United Technologies’ $18.4 billion purchase of aerospace-parts maker Goodrich Corp. in 2012. It was the industry’s largest deal and boosted the company’s presence in the profitable commercial airline business as its military segments declined.

The company said he informed the board of directors that his retirement from both posts was effective immediately. Edward A. Kangas, lead independent director, has been elected non-executive chairman of the board.

The 54-year-old Hayes has been with United Technologies for 25 years and has been chief financial officer for the past six years.

Analyst Ronald J. Epstein of Bank of America Merrill Lynch said in a note to investors that he spoke to United Technologies management on Monday and executives “reiterated that there are no underlying financial issues, accounting or otherwise, at the company and that Mr. Chenevert’s decision to retire was taken on his own.”

“Other than the suddenness of the announcement today, we think this news will be well received by the street,” he said.

The abruptness of Chenevert’s departure contrasts with his rise in 2008. His predecessor, George David, hand-picked Chenevert, who was President of Pratt & Whitney, as his likely successor in 2006.

Nicholas Heymann, an analyst at William Blair, said he could not explain the leadership change.

He credited Chenevert with navigating the Goodrich purchase, which he called a “home-run deal.”

“It was very well priced, and it helped not only enhance the aerospace business, it enhanced UTC’s influence with key customers,” he said.

The company grappled with several high-profile problems this year.

The Pentagon’s entire fleet of nearly 100 F-35 fighter planes was grounded after an engine fire at Eglin Air Force Base in Florida on June 23. A Pentagon spokesman said inspections had not disclosed a systemic problem and defense officials believed the aircraft will return to full flight.

In addition, Bombardier’s CSeries test-flight program was grounded May 30 following what Bombardier called an “engine-related incident” during testing. The problem was later identified as a leak from an engine oil seal.

Sikorsky and Canada signed a deal in June for delivery of 28 maritime helicopters that ended a long and costly dispute. In May, Sikorsky won a $1.24 billion contract to build the next fleet of “Marine One” presidential helicopters that also ended a years-long effort to win the project.

Sharp cuts in U.S. military spare-parts orders began to have an impact on Sikorsky last year, as federal budget cuts also took a larger bite out of military business.