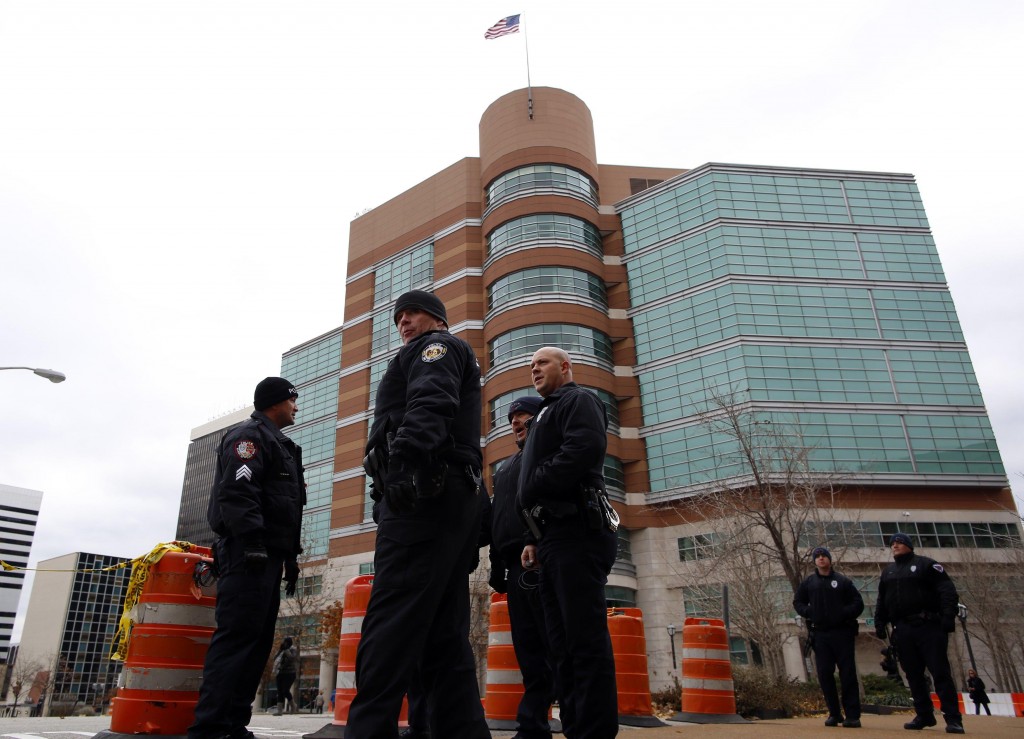 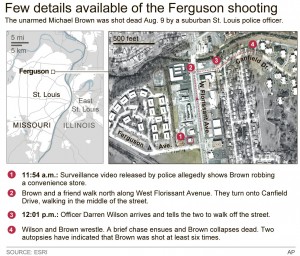 The panel had been considering charges against Darren Wilson, the white suburban St. Louis officer who fatally shot the black 18-year-old after a confrontation in August.

The Aug. 9 shooting inflamed tensions in the predominantly black St. Louis suburb that is patrolled by an overwhelmingly white police force. As Brown’s body lay for hours in the center of a residential street, an angry crowd of onlookers gathered. Rioting and looting occurred the following night, and police responded with armored vehicles and tear gas.

Missouri Gov. Jay Nixon traveled to St. Louis from the Capitol on Monday in advance of the grand jury announcement and urged people to remain peaceful as he appeared at a news conference with the state’s public safety director and the leaders of St. Louis city and county.

“Our shared hope and expectation is that regardless of the decision, people on all sides show tolerance, mutual respect and restraint,” Nixon said.

The 12-person grand jury has been meeting in secret for months, hearing evidence from a wide variety of witnesses as it decides whether Wilson’s should face charges that could range from involuntary manslaughter to murder or nothing at all.

In the St. Louis County seat of Clayton, officers from at least three different municipal departments patrolled the streets surrounding the downtown courthouse.

Inside, an Associated Press reporter saw more than 20 Missouri State Highway Patrol officers equipped with rifles, 3-foot batons, riot shields and other equipment as they silently assembled. Some businesses had boarded up their windows in Clayton, just as many shops already had done near the site of Brown’s shooting in Ferguson.