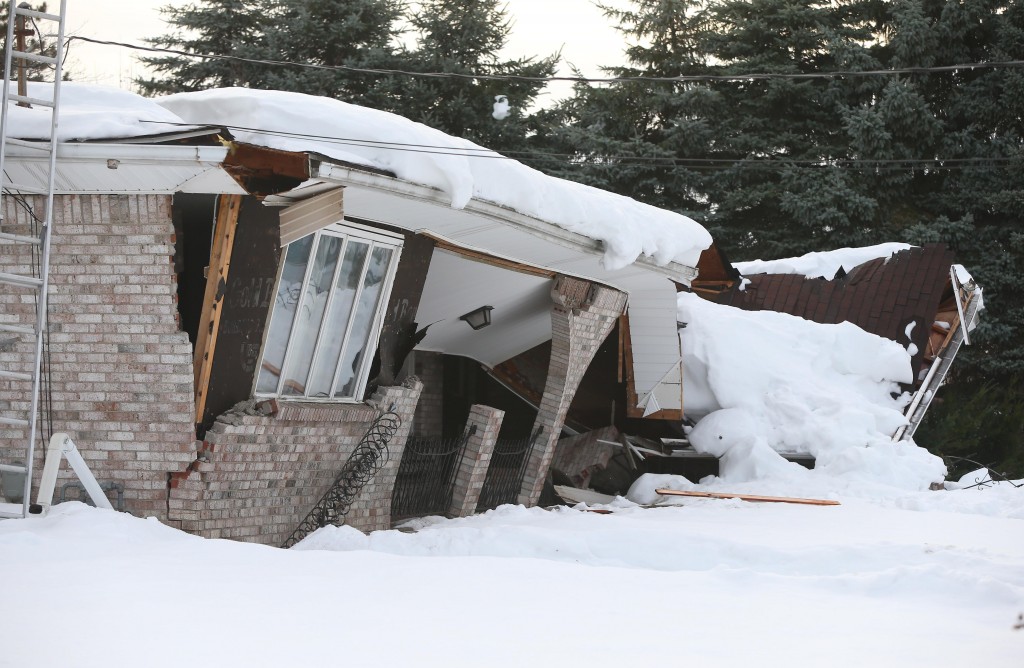 Fears of disastrous flooding from a rapid meltdown of the Buffalo area’s seven feet of snow eased on Monday, but high winds became a menace, threatening to knock down trees and power lines.

Forecasters, meanwhile, defended the National Weather Service following criticism from Gov. Andrew Cuomo, who accused the agency of failing to anticipate how bad Buffalo’s epic snowstorm would be.

Cuomo, in the region for a sixth straight day, said state-deployed pumps and sandbags were in place as rain and temperatures over 60 rapidly melted the snow. Residents shoveled snow in T-shirts against the backdrop of white drifts.

By late morning, minor to moderate flooding was reported in several creeks, but nearby homes were largely spared, and the sewers in Buffalo and elsewhere were handling the runoff.

The new threat, Cuomo said, was wind — gusts of up to 65 mph, with the potential to uproot trees from the soggy ground and knock out power needed to operate homeowners’ basement sump pumps.

At a news conference, the governor said he hadn’t intended to upset forecasters when he said the weather service was “off” on its predictions for the storm.

“It came down earlier than forecasted and it came at a higher volume than they forecasted,” he said.

Al Roker of NBC and The Weather Channel’s Jim Cantore fired back, defending the weather service’s predictions as timely and accurate. In a tweet on Sunday, Roker said the agency’s meteorologists “did their jobs.”