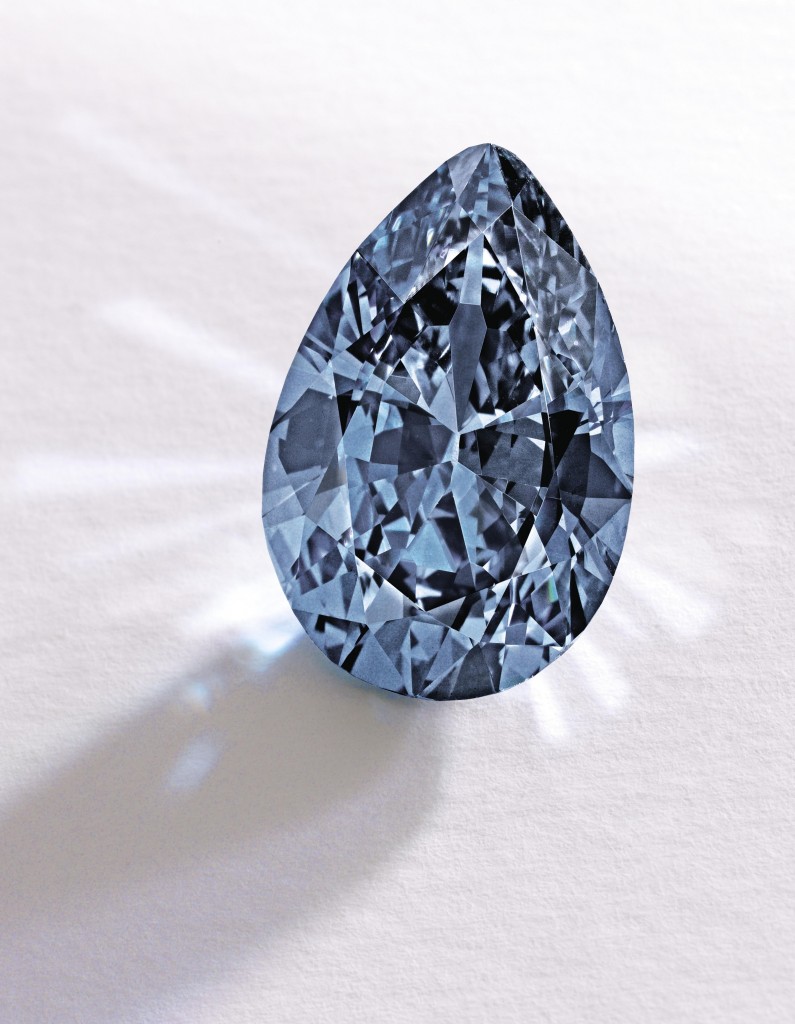 A Fancy Vivid Blue pear-shaped diamond from the estate of Rachel “Bunny” Mellon on Thursday sold for $32.6 million, an auction record for any blue diamond.

Sotheby’s says seven people bid on the 9.75-carat gem before it sold to an anonymous Hong Kong collector.

The diamond, mounted in platinum, carried a $10 million to $15 million pre-sale estimate. The Wittelsbach Diamond held the previous auction record for any blue diamond. It sold at Christie’s for $24.3 million in 2008.