Regional Verrazano Turns 50 – But Not Everybody Is Celebrating
Regional 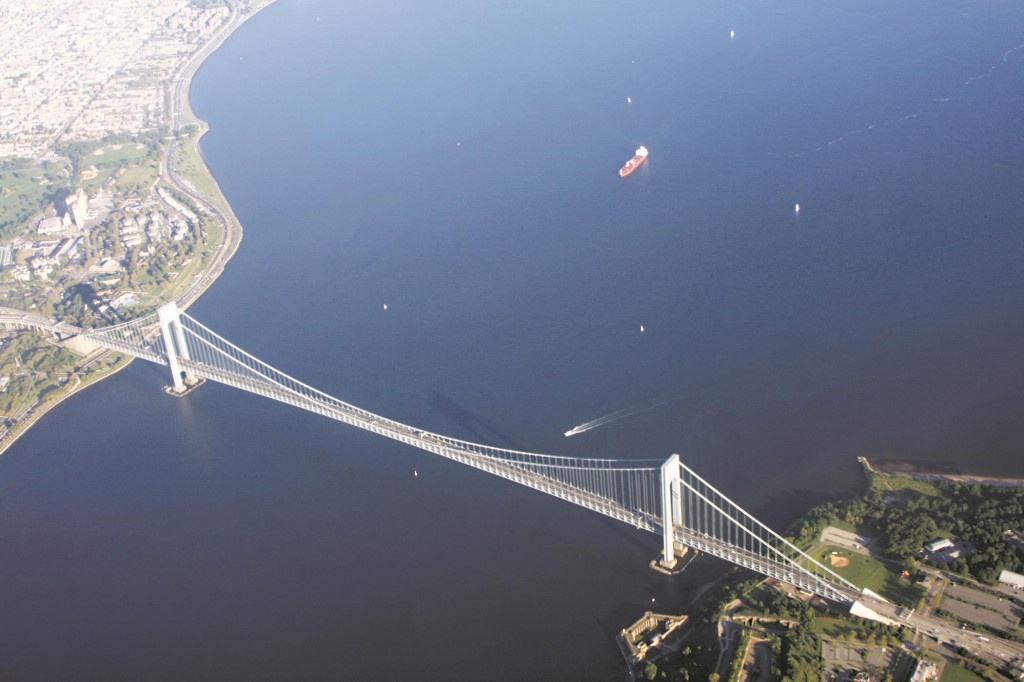 The Verrazano-Narrows Bridge linking Staten Island and Brooklyn is 50 years old, but not everyone is celebrating.

Staten Island’s 11 elected officials boycotted the ceremony Friday because of a proposed $1 toll hike to $16 announced last week for the double-decked suspension bridge.

When the Verrazano was inaugurated on Nov. 22, 1964, it was the longest suspension bridge in the world, says Yitzchak Fleischer, a longtime activist who recalled going there that Motzoei Shabbos. If all the wires that hold the bridge were pressed together, it would be long enough to stretch around the world six and a half times.