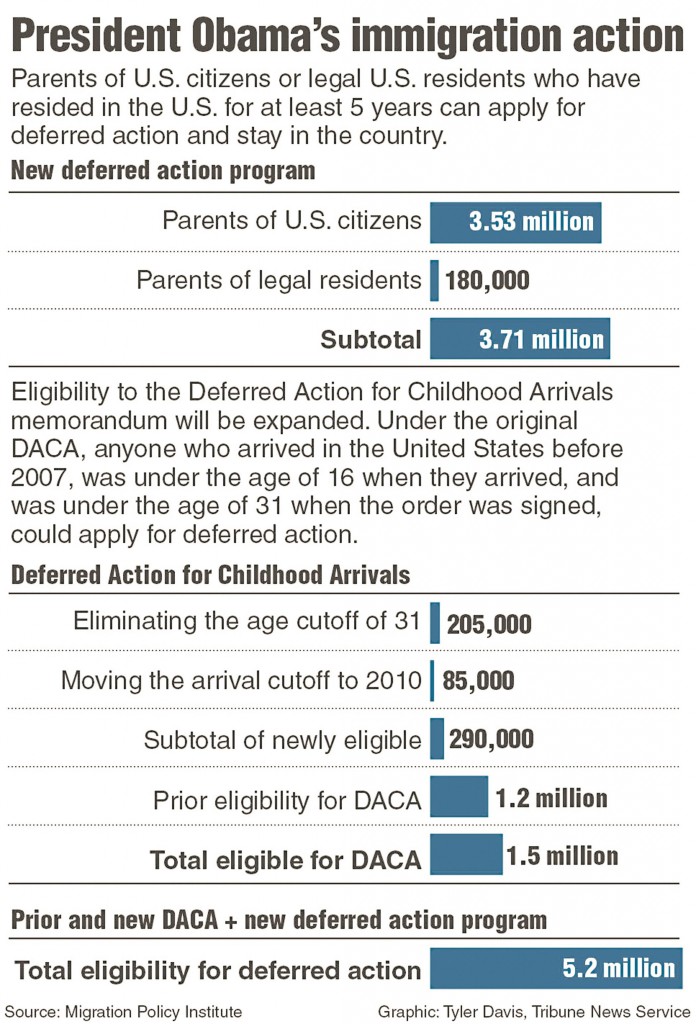 President Barack Obama is shrugging off Republican criticism of his actions to lift the threat of deportation from millions of immigrants living illegally in the U.S.

In an interview broadcast Sunday on ABC, Obama said it was important that he act unilaterally to prioritize the deportation of criminals and recent arrivals and spare those who have lived here illegally for at least five years and have roots, including children who are American citizens.

“Why we would prefer a system in which they’re in the shadows, potentially taking advantage of living here but not contributing?” Obama said in the interview, which was taped Friday in Las Vegas.

The president pointed to executive orders issued by his predecessors and said presidents exercise “prosecutorial discretion all the time.”

Obama’s executive actions, which he announced Thursday, have drawn a withering Republican response, but also has laid bare divisions in the GOP over how to deal with immigration.

A second Republican, Sen. Lindsey Graham of South Carolina, said his party shares the blame for failing to get an immigration bill through the House of Representatives.

“Shame on us as Republicans for having a body that cannot generate a solution to an issue that is national security, it’s cultural and it’s economic. The Senate has done this three times,” Graham said on CNN.