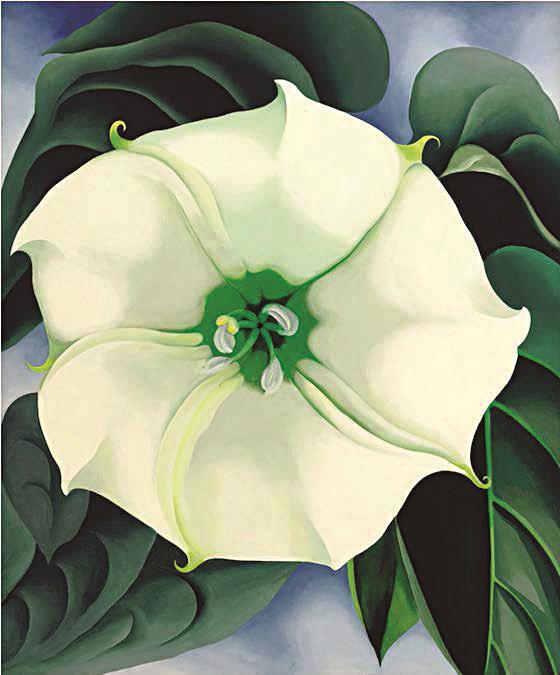 A Georgia O’Keeffe painting of a simple white flower on Thursday sold for $44.4 million, more than triple the previous auction record for a work by a female artist.