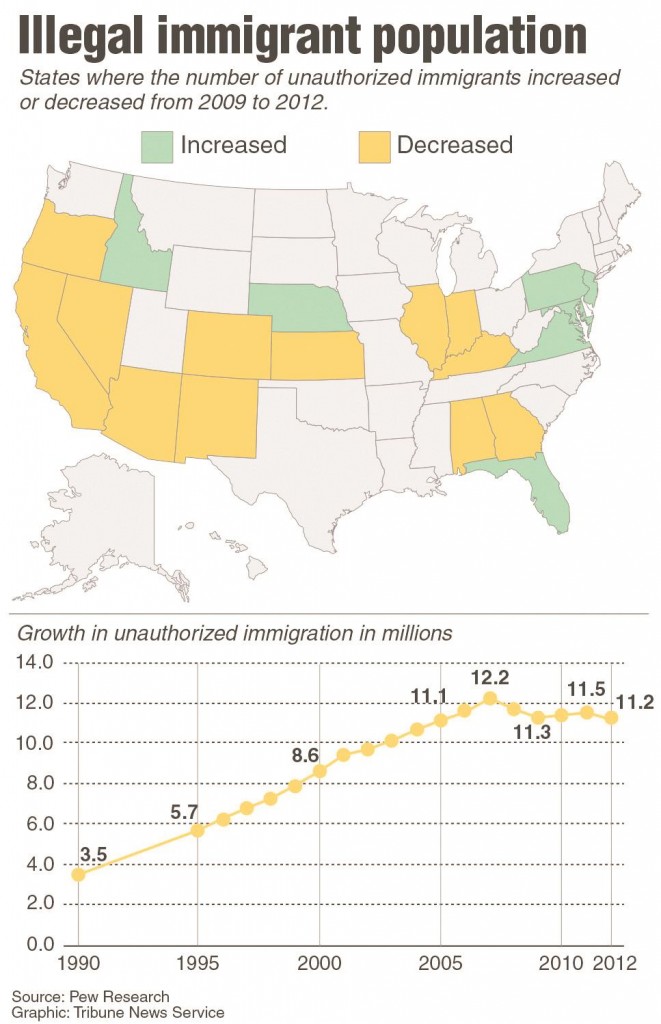 The moves, affecting mostly parents and young people, marked the most sweeping changes to the nation’s fractured immigration laws in nearly three decades and set off a fierce fight with Republicans over the limits of presidential powers.

In an address to the nation, Obama defended the legality of his actions and challenged GOP lawmakers to focus their energy not on blocking his actions, but on approving long-stalled legislation to take its place.

“To those members of Congress who question my authority to make our immigration system work better, or question the wisdom of me acting where Congress has failed, I have one answer: Pass a bill,”Obama said.

Despite that challenge from the president, his actions and the angry Republican response could largely stamp out prospects for Congress passing comprehensive immigration legislation under the current administration, ensuring that the contentious debate will carry on into the 2016 presidential campaign

While Obama’s measures are sweeping in scope, they still leave more than half of the 11 million people living in the U.S. illegally in limbo. The president announced new deportation priorities that would compel law enforcement to focus its efforts on tracking down serious criminals and people who have recently crossed the border, while specifically placing a low priority on those who have been in the U.S. for more than 10 years.

He insisted that his actions did not amount to amnesty.

“Amnesty is the immigration system we have today — millions of people who live here without paying their taxes or playing by the rules, while politicians use the issue to scare people and whip up votes at election time,” he said.