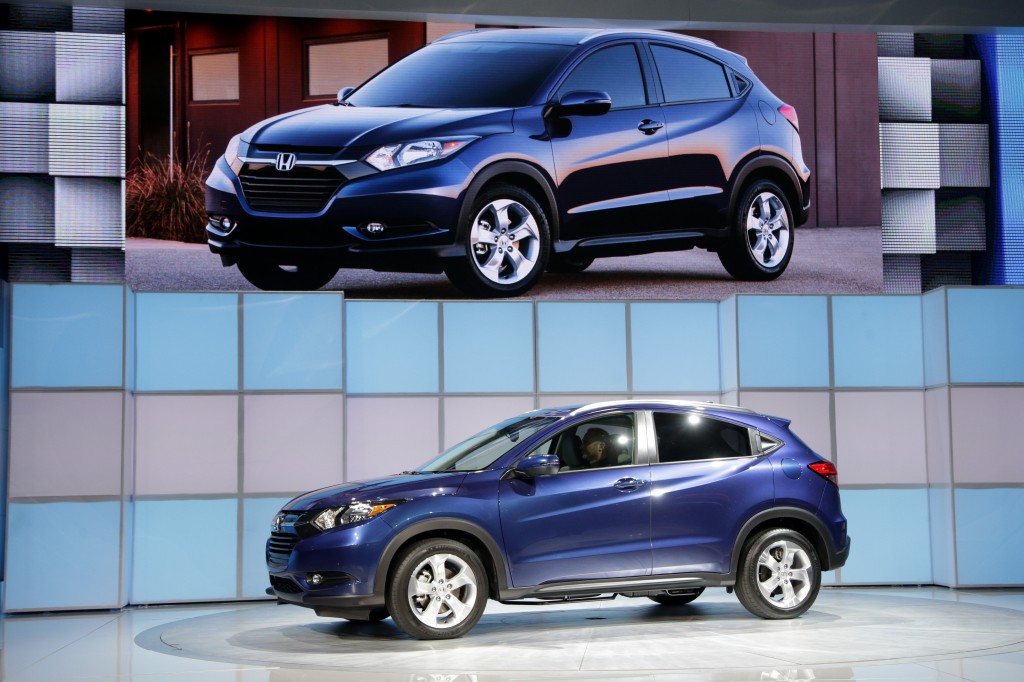 One out of every 10 new vehicles sold in the U.S. last year was purchased in California. So it’s no wonder automakers save some of their most important introductions for the Los Angeles Auto Show.

As usual, green cars are a focus in eco-conscious L.A. Toyota is showing its emission-free hydrogen fuel-cell car, the Mirai, which goes on sale next year in the U.S. and Europe. Honda also has a fuel-cell concept car, the FCV, which is expected to go on sale in 2016.

Some familiar names, such as the Ford Explorer and the Chrysler 300, unveil their latest looks. And with U.S. gas prices at a four-year low and California’s economy rebounding, this year’s show also features luxury cars. Mercedes, Audi and Porsche will also have important introductions at the show.

The L.A. Auto Show opens to the public Nov. 21. Here are some of the most-talked-about vehicles’ introductions:

AUDI: The German luxury brand hints at its new design direction with a concept sedan, the Audi Prologue. It’s the first vehicle from Marc Lichte, a Volkswagen veteran who was appointed head of Audi design in February. The car is shorter and sportier than the current A8, and has a lower, wider and more angular grille. Under the hood is a 605-horsepower V8 engine. The two-door coupe could become Audi’s new flagship A9. But in the meantime, look for the new design to trickle into the brand’s future products.

CHRYSLER 300: Chrysler hopes to breathe some life into the lagging full-size sedan segment with the first full update of the 300 since 2005. The car still has its imperious, 1950s-inspired looks, but there’s a new, more prominent grille and LED lights. Inside, there’s more premium content, including a new 7-inch driver information display. Chrysler promises best-in-class fuel economy of 31 mpg on the highway with its eight-speed transmission – now standard – and new safety features, including forward collision warning. The new 300 goes on sale early next year with a starting price of $32,390 including shipping.

FORD EXPLORER: The SUV that kicked off America’s obsession 20 years ago is getting a refresh for 2016. New features include front and rear cameras equipped with washers – an industry first – and a hands-free liftgate that can sense the driver’s foot. Ford says the new 2.3-liter EcoBoost four-cylinder engine with 270 horsepower should deliver fuel economy similar to the 2.0-liter EcoBoost it replaces. The Explorer goes on sale next summer. Pricing wasn’t released.

HONDA HR-V: Honda enters the subcompact SUV market – one of the fastest-growing in the industry – with its Fit-based HR-V. The tiny five-seater is cleverly designed to maximize space; with the second-row seats folded, there’s 59 cubic feet of cargo volume. That’s 23 more cubic feet than one of its chief rivals, the Nissan Juke. Like the Juke, its back-door handles are hidden, giving it a sporty, coupe-like look. The HR-V has a 138-horsepower 1.8-liter four-cylinder engine and the choice of a continuously variable automatic transmission or a six-speed manual. All-wheel drive is optional. The HR-V goes on sale in the U.S. this winter. Pricing and fuel economy weren’t released.

MAZDA CX-3: Mazda joins the subcompact SUV market with the CX-3. The tiny utility – at 168 inches, it’s about the same length as the Buick Encore – will be sold in North America with Mazda’s 2.0-liter Skyactiv-G engine, which gets up to 40 mpg on the highway in the Mazda3 compact car. It will also have a six-speed automatic transmission and optional all-wheel drive. The CX-3 goes on sale in the spring in Japan, and globally soon after. Pricing wasn’t announced.

VOLKSWAGEN GOLF R VARIANT: The wagon version of the sporty Golf R is a parent’s dream: It seats five and has the cargo space of a small SUV, but also has a “race” mode for track driving and accelerates from zero to 50 mph in just 3.8 seconds. It shares the Golf R’s 296-horsepower, 2.0-liter turbocharged four-cylinder engine. The Golf R Variant goes on sale in Europe this spring before coming to North America. Pricing wasn’t announced, but the Golf R on which it’s based will start at $37,415.