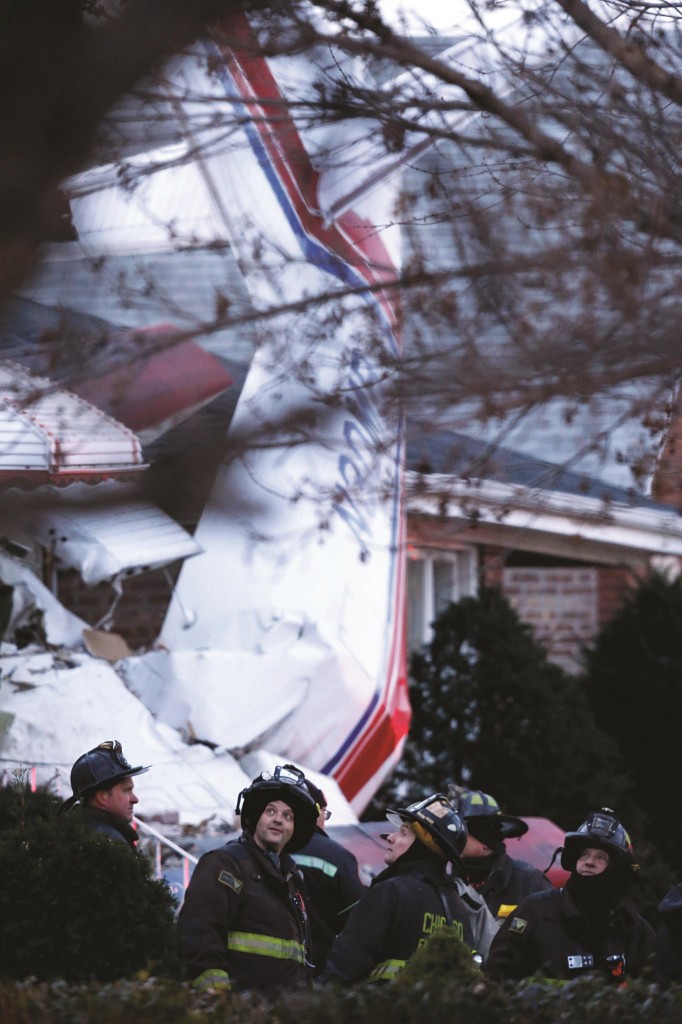 A small twin-engine cargo plane missed an elderly couple by just eight inches when it crashed into their Southwest Side home shortly after taking off from Midway Airport Tuesday morning, fire officials said.

The pilot of the plane, the only person on board, was dead at the scene. Fuel was leaking from the plane, but there was no fire when crews arrived around 2:45 a.m. “There was some leaking fuel but there was no ignition source,” Fox said. Firefighters doused the fuel with foam.

The plane experienced engine problems soon after departure and radioed the tower that he was returning, according to Tim Sorensen, an air safety investigator for the National Transportation Safety Board. After a quarter of a mile away, the plane crashed through the front of the couple’s home and came to rest in the living room, its tail angled upward against the roof of a neighboring home.

The plane hit the right side and front of the home and the couple, an 84-year-old man and an 82-year-old woman, were sleeping in a bedroom on the left side of the home, according to neighbors and fire officials.