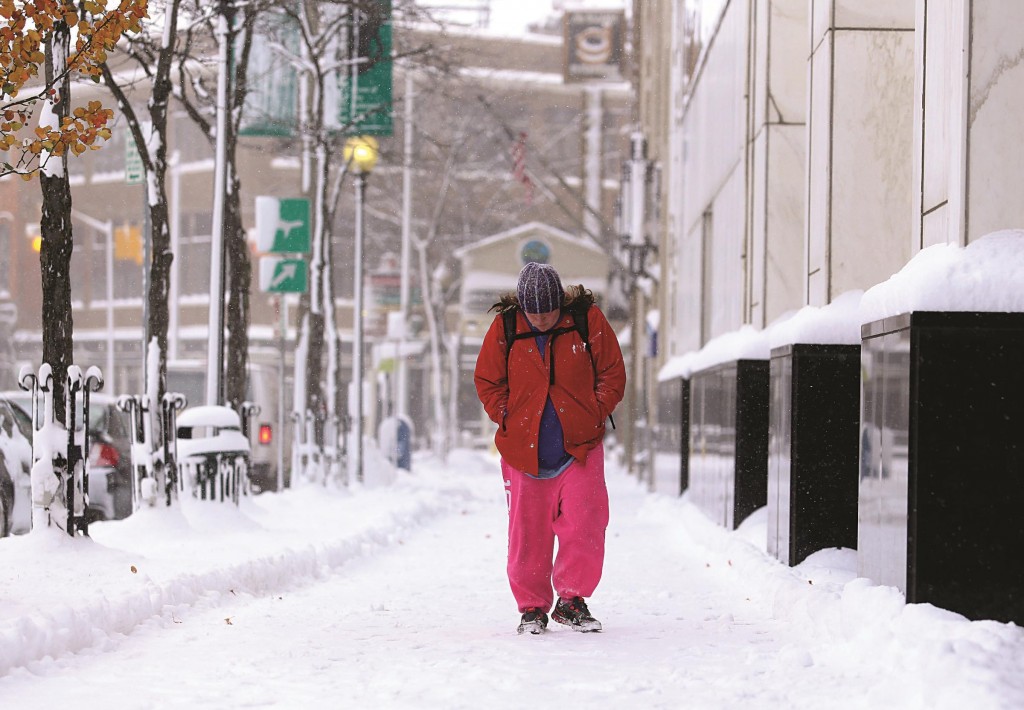 Several feet of lake-effect snow paralyzed the Buffalo area Tuesday, forcing state troopers to deliver blankets and other supplies to motorists stranded on the New York State Thruway and adding an ominous note to a wintry season that’s already snarling travel and numbing fingers from the Midwest to the Carolinas.

The wintry blast that included bitter cold in spots created havoc across a wide swath of the country. In New Hampshire and elsewhere, icy roads led to accidents. Lake-effect storms in Michigan produced gale-force winds and as much as 18 inches of snow and canceled several flights at the Grand Rapids airport.

Schools closed in the North Carolina mountains amid blustery winds and ice-coated roads. In Indiana, three firefighters were hurt when a semitrailer hit a fire truck on a snowy highway.

The National Weather Service warned that the snow, generated by cold air blowing over the warmer Great Lakes, would continue through Wednesday and could eventually total 6 feet in places.