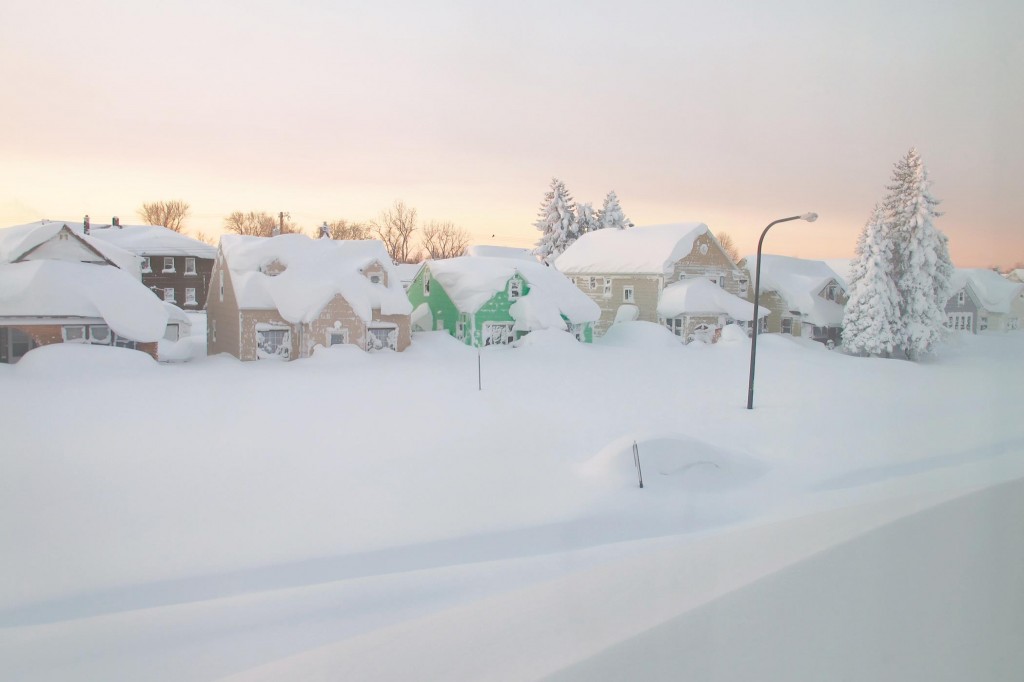 A lake-effect storm that dumped more than six feet of snow in the Buffalo area trapped people on highways in an area where heavy snow is the norm for most of the winter. More than 2 to 3 feet is forecast to fall Thursday, bringing almost a year’s worth of snow in three days.

Even for Buffalo, a place that typically shrugs at snow, this was an epic snowfall — the kind of onslaught folks will be telling their grandchildren about.

“This is an historic event. When all is said and done, this snowstorm will break all sorts of records, and that’s saying something in Buffalo,” Gov. Andrew Cuomo said during a visit to the city.

How snowy was it? The National Weather Service said it was so bad that some of the spotters it relies on to update accumulation totals couldn’t get out of their houses to take measurements.

The highest snowfall total for the Buffalo area was 65 inches. National Weather Service meteorologist David Church said forecasters haven’t determined yet how this storm ranks, but 60 to 70 inches in 24 hours is probably in the top 5 for the region.

Why was this storm so fierce?

The images were striking: a city awash in daylight, about to be overcome by a thick bank of snow rolling off Lake Erie. Lake-effect snow happens every year in the Great Lakes, so why was this bout in Buffalo so severe?

It’s about timing and temperatures, said Patrick Burke, a meteorologist with the National Weather Service.

Typically, convection draws moisture into the lower atmosphere as cold air moves across a relatively warmer lake, and winds carry the system ashore. This time the air was especially cold, Lake Erie is warmer than it would be later in the year, and the winds stretched the length of the 240-mile-long lake in the right direction, making for an even stronger snow dump that hit land and persisted for an unusually long period, about 30 hours.

“In this case, all of those factors have been maximized,” Burke said.

The good news? Though another round of lake-effect snow was forecast into Thursday, the worst has passed.

Even hardened Buffalo residents were caught off-guard by the early-season storm that came in so fast and furious it trapped more than 100 vehicles on a 132-mile stretch of the Thruway and was blamed for five deaths.