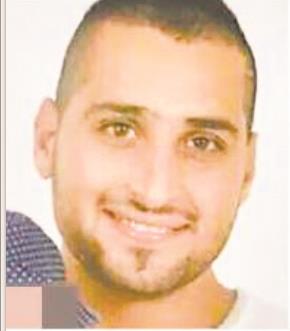 Despite the British reputation for “fair play,” the British media is often regarded as biased in its reporting of events in the Middle East. The BBC in particular receives a substantial number of complaints every year from people who feel that its coverage is biased against Israel. However, the BBC also receives a significant number of complaints from supporters of the Palestinian cause that BBC news service is too pro-Israel. In fact, last summer, during the conflict in Gaza, there were several large demonstrations in London by people protesting against the BBC.

As the news broke Tuesday morning of the Har Nof attack, the BBC began in typical fashion with its headline: “Jerusalem Synagogue Attack Kills Four Israelis” — leading readers to wonder momentarily if it was the synagogue itself that had caused the deaths. The article continued by referring to “what police say was a ‘terrorist attack’ at a Jerusalem synagogue.”

Initially, the Yerushalayim police had called it a “suspected terrorist attack,” but the BBC continued to give the attackers the benefit of the doubt for some time after the attack had been confirmed as terror.

However, as the day went on, and particularly after it became known that one of the victims was British, BBC’s coverage became much more accurate. By 8 a.m. the headline had been revised to “Jerusalem Synagogue: Palestinians Kill Israeli Worshippers.”

BBC coverage, which was updated throughout the day, featured frequent news updates, comments from people who were involved in some way and observations from BBC local staff. It also showed some of the less shocking photos from the attack, in a report of the events and the background that, overall, was more accurate than not.

Earlier in the day though, a BBC reporter interviewing Israel’s Economic Minister Naftali Bennett refused to allow him to display a photo of one of the victims. As Mr.  Bennett held up the photo showing a man wearing a tallis lying face-down in the synagogue he said, “You know this individual came this morning to pray.” The interviewer immediately said, “We don’t actually want to see that picture, if you could take that down.”

Mr. Bennett continued to speak, but afterwards shared the clip from the interview. Critics observed that this past summer, the BBC had no problems showing photos of people in Gaza who had purportedly been killed in Israeli airstrikes.

Tuesday’s attack was the headline story for much of the day in British newspapers, many of which were desperate to find out more information about Rabbi Goldberg, Hy”d.  Rabbanim in Golders Green received numerous phone calls from journalists asking whether they knew him, despite the fact that he had not lived in London for more than 20 years.

The left-wing Guardian, whose coverage is generally quite anti-Israel, ran the story of the terror attack, and updates throughout the day. After an initial story that neglected to mention that the murderers were Arab terrorists, the rest of the coverage during the day was sensitive and accurate, with the summary at the end of the day describing the event as a terrorist attack and the assailants as Palestinian.

The Daily Mail, a right-wing tabloid newspaper with a large online readership, ran the news as the top story for much of the day, with headlines ranging from “celebration of death” to “four Rabbis massacred by Palestinian fanatics.” They showed a number of photos of Palestinians celebrating by giving out sweets and brandishing axes, as well as including eyewitness accounts and analysis.