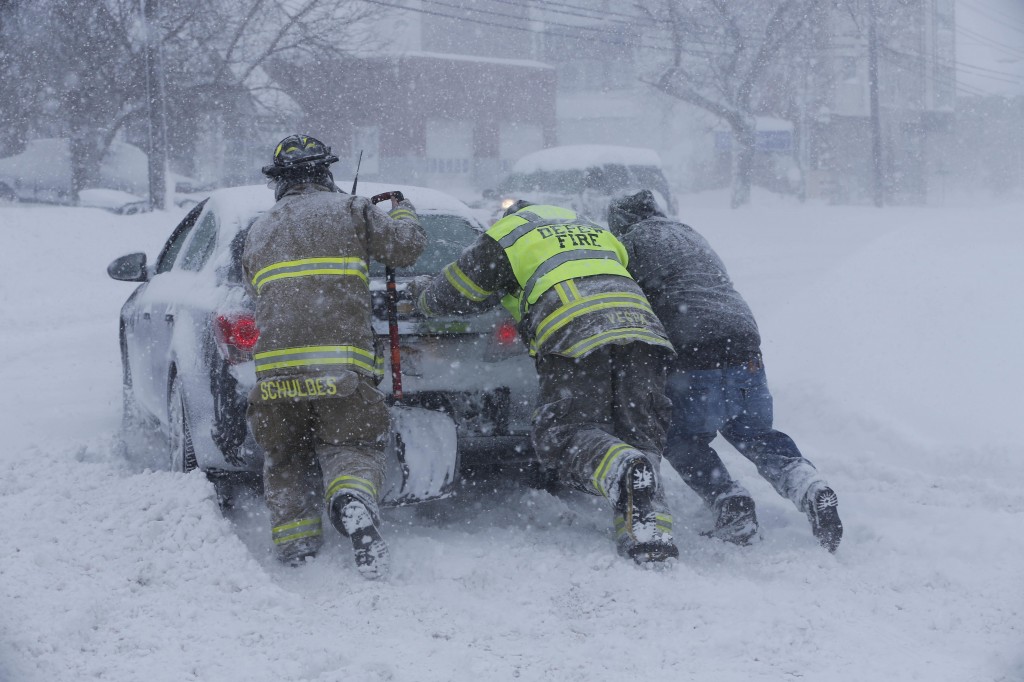 Several feet of lake-effect snow paralyzed the Buffalo area Tuesday, forcing state troopers to deliver blankets and other supplies to motorists stranded on the New York State Thruway and adding an ominous note to a wintry season that’s already snarling travel and numbing fingers from the Midwest to the Carolinas.

In a region accustomed to regular highway-choking, school-closing snowstorms, this one is being called one of the worst in recent memory. The snow blown by strong winds forced the closure of a 132-mile stretch of the Thruway, stranding about 140 motorists. Troopers used all-terrain vehicles to deliver supplies.

“Other than wishing they weren’t stuck in traffic, they’re warm and safe in their vehicles,” state police Capt. Ed Kennedy said.

In Buffalo, Brian Krzeminski watched the snow pile up to four feet outside the convenience store where he worked overnight and served free coffee to the motorists and pedestrians who came in off the city streets to get out of the blinding snow.

“There are people that came out to get a few things. We had some people who came in just to get a 30-pack of beer, which is kind of odd,” he said. “We’ve had EMTs whose ambulance got stuck. I’m constantly seeing cars get stuck.”

The National Weather Service warned that the snow, generated by cold air blowing over the warmer Great Lakes, would continue through Wednesday and could eventually total 6 feet in places.