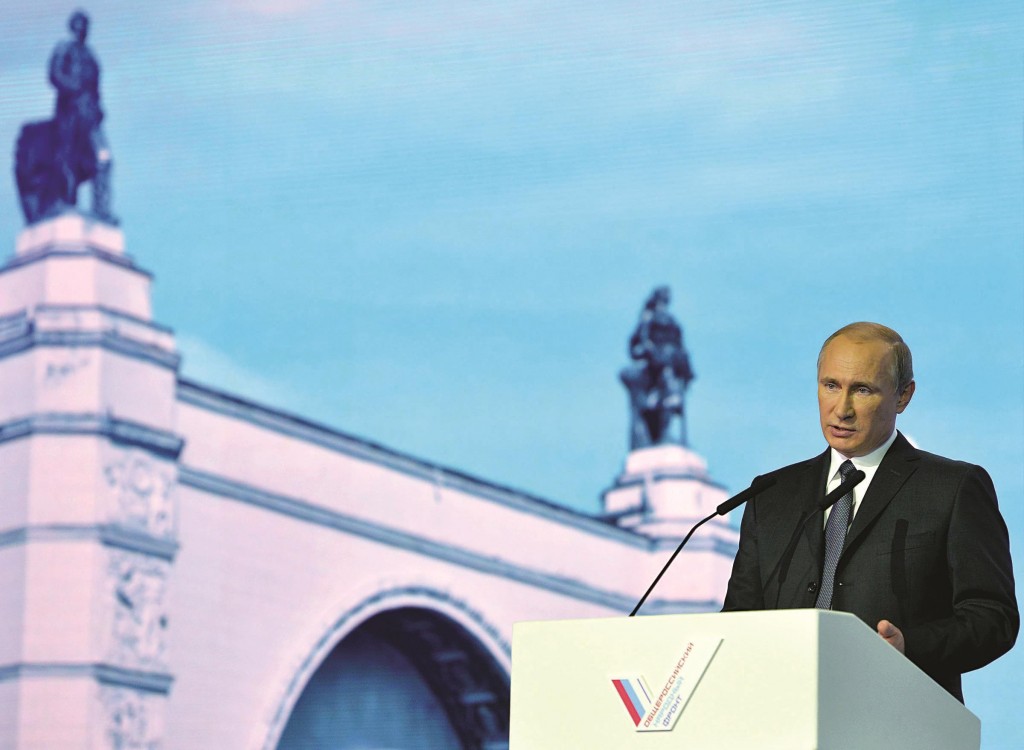 Speaking at a meeting with pro-Kremlin activists Tuesday, Putin said that Washington “wants to subdue us, wants to solve its problems at our expense.”

“No one has succeeded in doing so in the history of Russia, and no one will,” he added.

He said the sanctions against Russia imposed by the U.S. and the European Union run contrary to their own interests. He said U.S. allies in Europe were trying to “protect others’ national interests” for reasons that were unclear.

The sanctions over Moscow’s annexation of Crimea and support for a pro-Russian insurgency in eastern Ukraine have exacerbated Russia’s economic problems and contributed to a sharp devaluation of the Russian ruble.

Putin sought to project an optimistic image Tuesday, downplaying the ruble’s nosedive and saying that a ban on Western food introduced in response to Western sanctions would boost local industries.

He also voiced confidence that the current Russia-West tensions would abate, saying that “no one wants to exacerbate the situation in the world.”

The Russian leader downplayed his quick departure from the weekend’s summit of the Group of 20 in Brisbane, Australia, rejecting media allegations that he left early because of a chilly treatment given to him by Western leaders. He insisted that he held “constructive” discussions in Brisbane.

Putin was the first leader to fly out of Brisbane on Sunday afternoon as his fellow leaders in the G-20 shared a lunch, and before they released the communique to cap off their annual summit. He departed shortly before President Obama and European leaders opened their talks on Ukraine.

In related news, Reuters reported yesterday that the Air Force relies on rocket engines made by a company overseen by associates of Vladimir Putin. Documents show a U.S.-Russian middleman stands to make $93 million on the contract.Sen. John McCain (R-Arizona) is seeking to end funding for future purchases of the Russian engines in the coming year’s Defense Department budget.