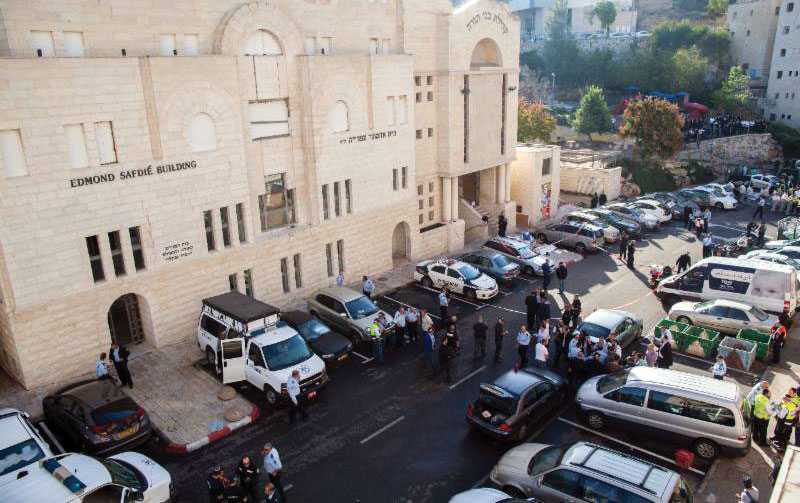 The names of the four mispallelim killed in the brutal attack this morning in Har Nof were released.

Rabbi Moshe Twersky, Hy”d, 59. Rabbi Twersky was born in America and served as a Rosh Yeshivah in Yeshivas Toras Moshe. His wife, tblch”t, is the daughter of Hagaon Harav Abba Berman, zt”l, Rosh Yeshivah, Yeshivas Iyun HaTalmud. His levayah is to leave 2 p.m., to Har Hamenuchos.

Rabbi Kalman Zev Levin, Hy”d, 55. Rabbi Levin was born in America and after he married lived in Har Nof. He was known for his kevius ittim laTorah.

Rabbi Avraham Shmuel Goldberg, Hy”d, 68. Rabbi Goldberg was born in England, and made aliyah some 20 years ago. He would daven daily at the netz minyan in the shul. He was noted for his hasmadah and his upright ways.

Rabbi Aryeh Kupinsky, Hy”d, 43. Rabbi Kupinsky was born in America and lived in Har Nof. His daughter passed away three years ago in her sleep.

The joint levayah of the three kedoshim will be held from the shul on Agassi Street, to Har Hamenuchos, at 3 p.m.