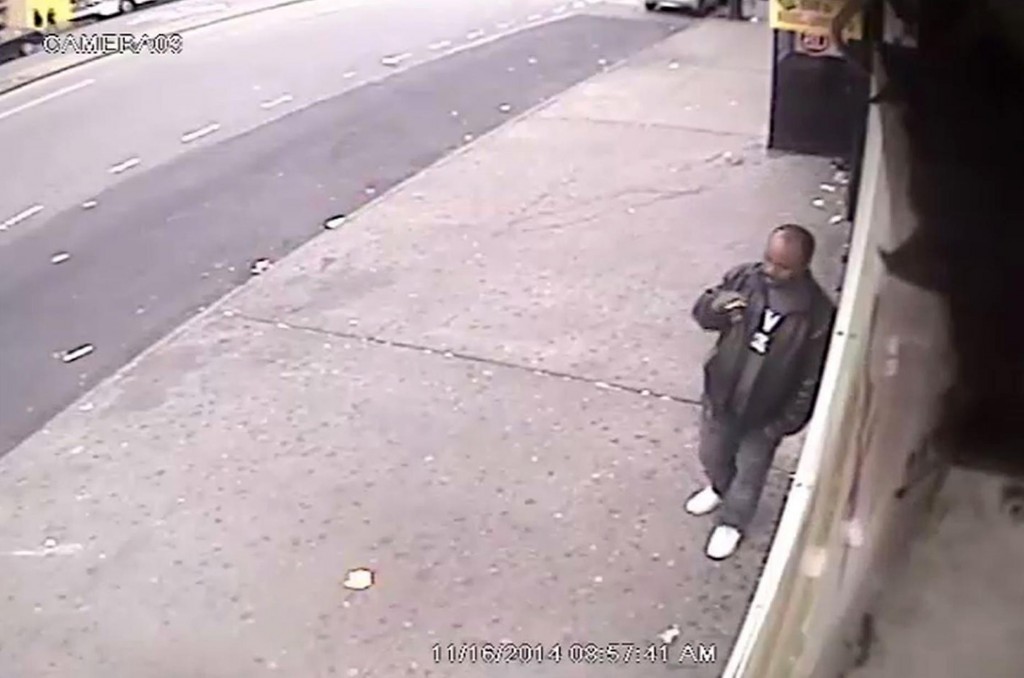 Police on Monday hunted for the man who shoved a stranger off a subway platform to his death, and released surveillance footage of the suspect puffing on a cigarette and walking calmly away from the station just minutes after the fatal push.

Wai Kuen Kwok, 61, was standing with his wife on the platform at the Grand Concourse and East 167th Street station in the Bronx Sunday when he was pushed from behind. Kwok was struck by a southbound D train at around 8:40 a.m. and pronounced dead at the scene. There was no indication he knew the assailant or had had any interaction with him before he was pushed.

The suspect fled the station and hopped on a city bus. Surveillance footage shows him walking calmly from the subway station. Later footage shows him getting off a bus, heading into a convenience store and then emerging smoking a cigarette. The man is balding and was dressed in a leather jacket, dark pants and white sneakers. Police are trying to determine his whereabouts.

The victim’s wife, 59, was taken to a hospital for observation. Relatives told authorities Kwok worked for a kitchen supply company, and the couple was planning to have breakfast and do grocery shopping in Chinatown on Sunday.

Neighbors described the Kwoks as close-knit and giving. “Whenever they go out they are always together and they always come back together,” neighbor Dely Ramos said.