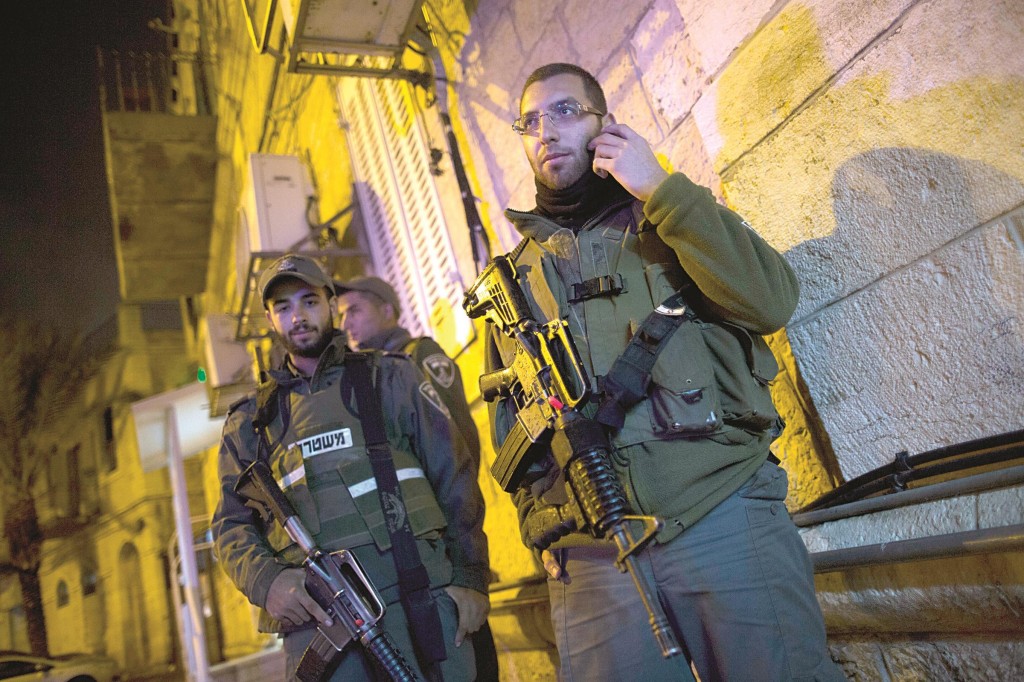 A 32-year-old Jewish man was in moderate condition after being stabbed in the back with a screwdriver by an Arab assailant on a street near the Old City of Yerushalayim on Sunday evening, police said.

The attack occurred shortly after 6 p.m. on Hanevi’im Street, where the suspect fled by foot toward Damascus Gate.

The Israeli officers escorted the victim, who was able to walk, to the Kosel where he was given emergency treatment by Magen David Adom personnel and then evacuated to Shaare Zedek Medical Center.

Road blocks were set up in the area as police mounted a hunt for the suspect.

In response, Hamas praised the stabbing, according to a Palestinian news report.

Over a hundred Israelis have been wounded in the past month in terrorist attacks.