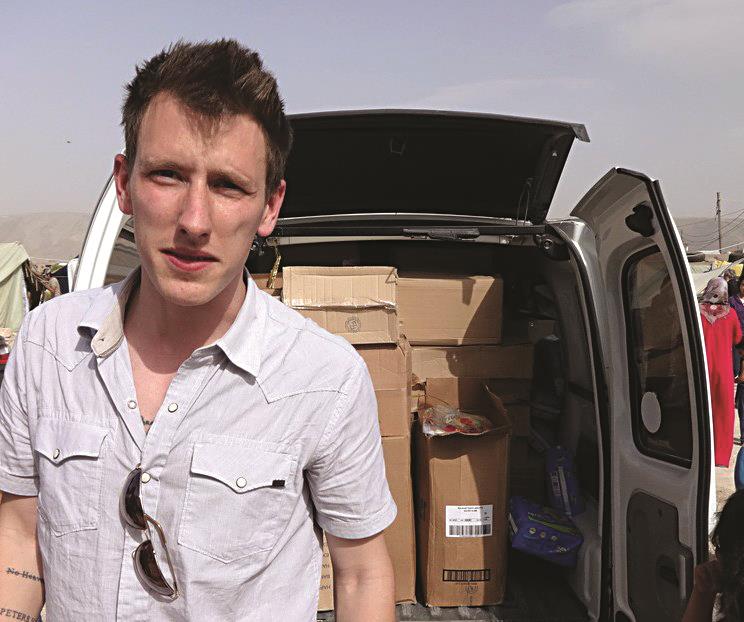 The Islamic State group released a video Sunday of a masked terrorist standing over a severed head it claimed was Peter Kassig, a former U.S. soldier-turned-aid worker who was taken hostage while delivering relief supplies to Syrians caught in that country’s brutal civil war.

Hours later, the White House confirmed Kassig’s death after a review of the video, which also showed the mass beheadings of a dozen Syrian soldiers.

The 26-year-old Kassig, a former Army Ranger who returned to the Middle East to help wounded and displaced Syrians, “was taken from us in an act of pure evil by a terrorist group that the world rightly associates with inhumanity,” President Barack Obama said in a statement.

With Kassig’s death, the Islamic State group has killed five Westerners it was holding. American journalists James Foley and Steven Sotloff were beheaded, as were British aid workers David Haines and Alan Henning.