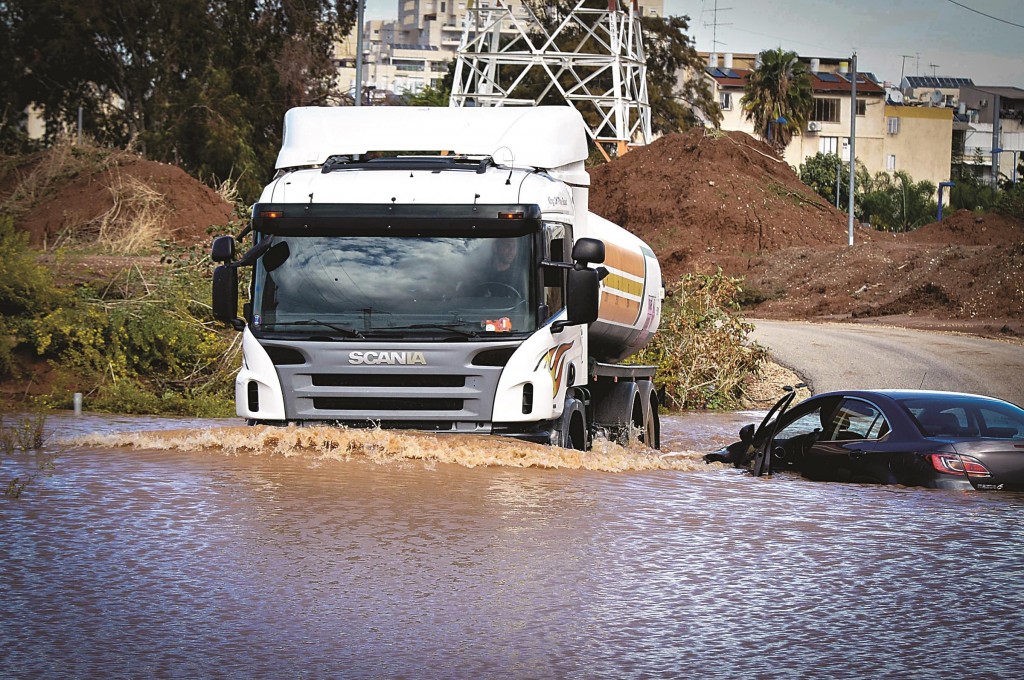 After a week of mild weather, Israel was smitten with heavy rains and flooding, and two people were injured by lightning on Motzoei Shabbos.

Two Palestinian workers were moderately injured when lighting hit a structure at a construction site at Elkana in the Shomron. MDA paramedics took them to Rabin Medical Center’s Beilinson Campus in Petach Tikva, The Jerusalem Post reported.

Three firefighting units were sent to the scene to put out the blaze.

The heavy rain, which continued throughout the night, caused flooding on Ayalon Highway on Sunday morning, resulting in massive traffic snarls going into Tel Aviv.

Safety and rescue workers in Ashdod were also working Sunday morning to help a number of people trapped by flooding.