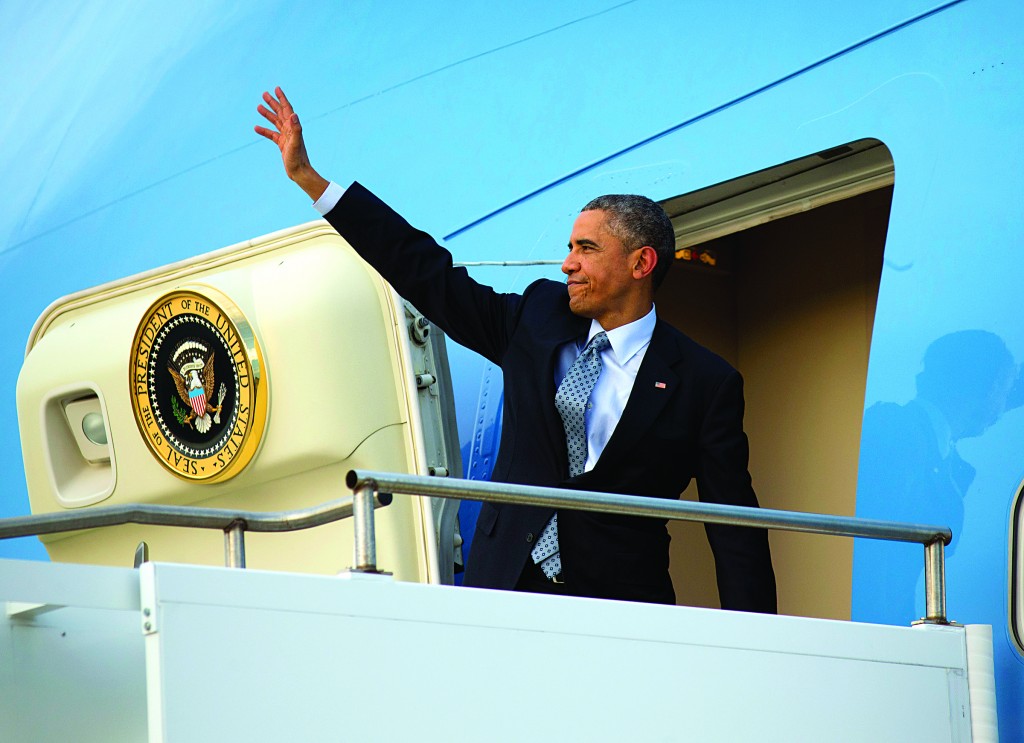 After a productive trip abroad, President Barack Obama headed home Sunday on a collision course with Republicans on immigration and an oil pipeline project, showdowns that threaten prospects for cooperation over his remaining two years in office.

The contentious immigration debate could mean a year-end fight over keeping the government running, if some GOP lawmakers get their way.

On the foreign policy front, there is a Nov. 24 deadline in nuclear negotiations with Iran, and questions are surfacing within the administration about whether to overhaul U.S. policy toward Syria.

Given his faltering political support in the U.S. and his party’s recent election losses, his trip to China, Myanmar and Australia appeared to offer respite.

The president, who was arriving  in Washington late Sunday, basked in policy breakthroughs with China and warm welcomes in Myanmar and Australia.

“I intend to build on that momentum when I return home,” Obama said at a news conference before heading home.