Business Ex-CEO of Mine That Blew Up, Killing 29, Indicted
Business 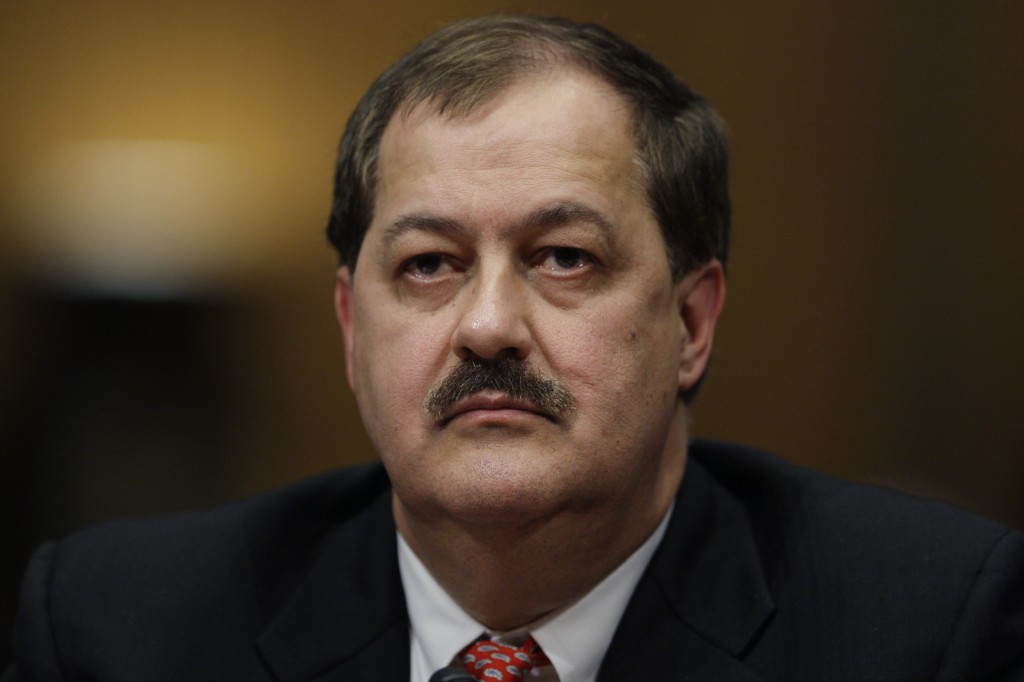 The former CEO who oversaw the West Virginia mine that exploded, killing 29 people, was indicted Thursday on federal charges related to a safety investigation that followed the worst U.S. coal-mining disaster in 40 years.

Massey Energy CEO Don Blankenship is accused of conspiring to violate safety and health standards at Upper Big Branch Mine and became the highest-ranking executive to face charges in the blast. The explosion and investigation led to the overhaul of the way the federal government oversees mine safety.

The indictment said: “Blankenship knew that UBB was committing hundreds of safety-law violations every year and that he had the ability to prevent most of the violations that UBB was committing. Yet he fostered and participated in an understanding that perpetuated UBB’s practice of routine safety violations, in order to produce more coal, avoid the costs of following safety laws, and make more money.”

Blankenship could face up to 31 years in prison if convicted.

His attorney, William W. Taylor III, said in a statement that Blankenship “is entirely innocent of these charges. He will fight them and he will be acquitted.”

“Don Blankenship has been a tireless advocate for mine safety,” the statement said. “His outspoken criticism of powerful bureaucrats has earned this indictment. He will not yield to their effort to silence him. He will not be intimidated.”

News about the indictment spread fast in the mining community. Pam Napper, whose son, Josh Napper, was among the miners killed at Upper Big Branch, said she was elated.

“I think it’s about time,” Napper said. “He was a big part of this. He knew what was going on in that mine and continued to let it go. I hope he gets what he deserves. I am so excited. They aren’t sad tears today. They’re happy tears.”

In February 2013, a former longtime subordinate, David Hughart, testified that Blankenship ordered the widespread corporate practice of warning coal miners about surprise federal inspections. The federal Mine Safety and Health Administration said the root cause of the blast was Massey’s “systematic, intentional and aggressive efforts” to conceal life-threatening problems. MSHA said managers even maintained two sets of pre-shift inspection books – an accurate one for themselves, and a sanitized one for regulators.

The indictment says Blankenship conspired to violate standards at the mine from January 2008 until April 2010, when the explosion tore through the tunnels.

The explosion prompted federal officials to begin to take a harder look at problem Appalachian mines with lingering compliance issues. The result was monthly “impact” inspections at problem mines in addition to routine visits. The U.S. Mine Safety and Health Administration said last month that it has conducted 823 “impact” inspections and issued more than 13,000 citations since April 2010.

Blankenship made false statements to the Securities and Exchange Commission concerning Massey Energy’s safety practices before the explosion, the indictment said. He made similar statements in connection with the purchase and sale of Massey Energy stock, it said.

Alpha Natural Resources bought Massey for $7.1 billion in June 2012. Blankenship retired ahead of the merger.

“We can only hope that the outcome of the upcoming proceedings that were announced today will provide some level of comfort and closure for the families of the fallen miners and to the larger community where we live and operate,” Alpha said in a statement.

Four investigations into the mine disaster found that worn and broken cutting equipment created a spark that ignited accumulations of coal dust and methane gas. Broken and clogged water sprayers allowed what should have been a minor flare-up to become an inferno. Blankenship started a blog to push his assertion that the presence of natural gas in the mine, and not methane gas and excess coal dust, was at the root of the explosion.

The indictment notes that Massey was cited for safety violations 835 times from January of 2008 until the explosion in April of 2010. An Associated Press investigation immediately after the blast found that Massey had racked up 600 MSHA violations at Upper Big Branch in less than a year-and-a-half leading up to the explosion.

While it was not uncommon at the time for large mines like that to amass hundreds of safety violations, industry experts told the AP that few mines had as many serious infractions as Upper Big Branch.

Others have been convicted in the case. Former White Buck Coal Co. President Hughart, who testified that Blankenship ordered the inspection warnings, pleaded guilty to federal conspiracy charges. Hughart, who never worked at Upper Big Branch, was eventually sentenced to 3½ years in prison for his role.

Former Upper Big Branch superintendent Gary May was sentenced last year to two years and nine months in prison on charges he defrauded the government through his actions at the mine, including disabling a methane-gas monitor and falsifying records. May cooperated with prosecutors.

He testified at the February 2012 sentencing of former Massey security chief Hughie Elbert Stover, who was sent to prison for three years for lying to investigators and ordering a subordinate to destroy documents. It was one of the stiffest punishments ever handed down in a mine-safety case.