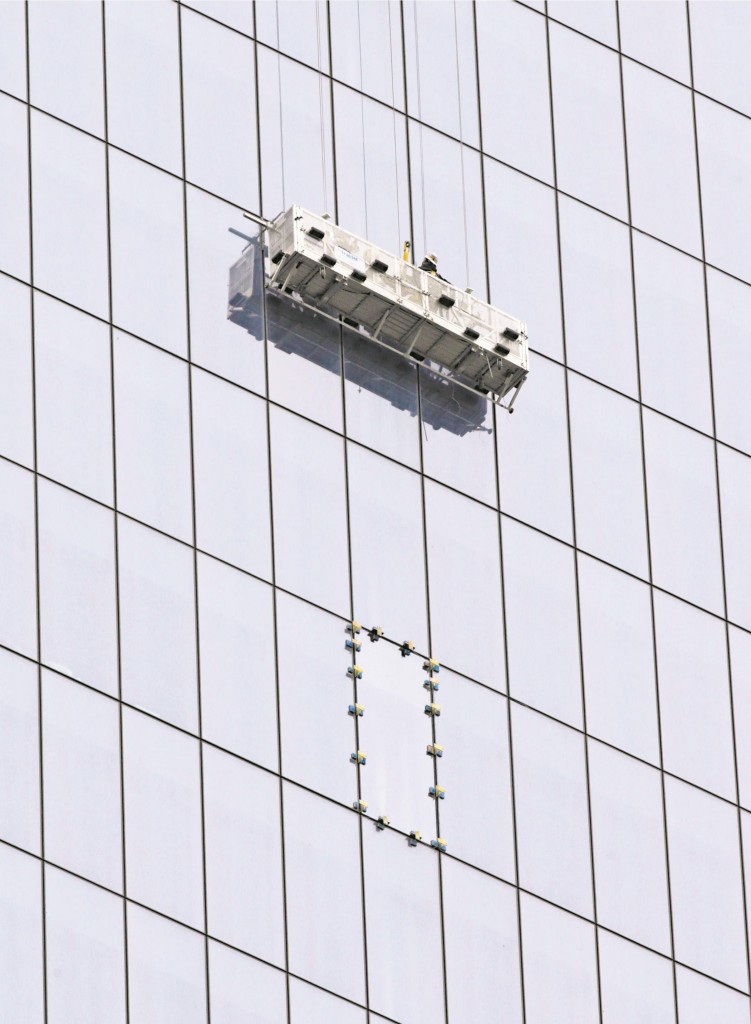 Two window washers left dangling from the nation’s tallest skyscraper, 1 World Trade Center, were “doing well” after their release from a hospital, their employer said.

Investigators were looking into why a cable suddenly developed slack, leaving the workers stuck 68 stories above the street Wednesday afternoon at a 75-degree angle. The two held onto the teetering platform for two agonizing hours, and one called his wife, fearful that it might be his last opportunity to speak to her.

Firefighters used diamond cutters to saw through a double-layered window and pulled the men to safety.

The dramatic rescue, coming a little more than a week after the building officially opened, was followed by throngs watching from the ground and around the world.

The window washers, Juan Lizama and Juan Lopez, were working when one of the platform’s four cables abruptly gave way, Fire Commissioner Daniel Nigro said. The open-topped platform tilted sharply and swayed slightly between the 68th and 69th floors.

“It suddenly went from horizontal to nearly vertical,” Nigro said.

Lizama’s wife, Hilda, said her husband called her to tell her to take care of their children because “I don’t know what’s going to happen.”

She said he told her, “We’re real high. I don’t know if or how it’s going to turn out.”

About 100 firefighters rushed to the scene. After shattering the window and brought the workers to safety through a 4-by-8-foot window hole.

Firefighters generally seek to cut out windows to make such rescues, but Nigro noted the thick glass: a double-paned inner layer and an outer pane.

“And, of course, they were 68 stories up,” he said. “That presented a little bit more of a challenge.”