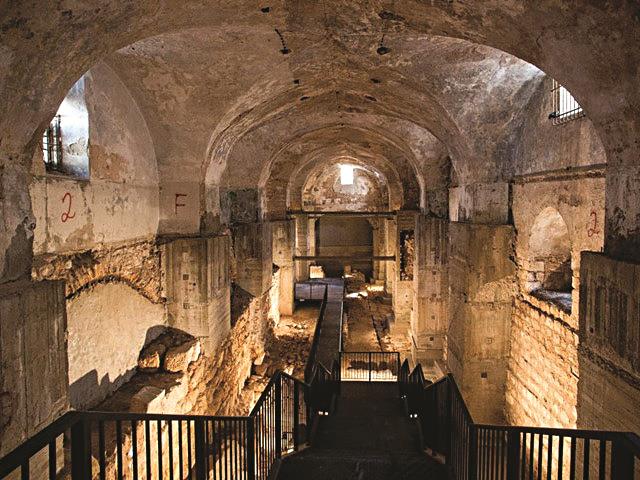 “Kishle” is the term used by the Turkish Ottomans to refer to soldiers’ barracks. The Kishle prison in  Yerushalayim’s Old City, adjacent to David’s Citadel, was built by the Ottoman Turks in the mid-1800s. It later served the British as a jail for members of the pre-state underground, and evidence of the period can be seen in a scratched inscription on its walls.

This large arched structure contains remains from nearly every period in the city’s  history, from King Herod to the British Mandate. Excavations have revealed important findings believed to be from the First and Second Temple periods.

Previously, the Kishle had only been open for a few small groups as access was unsafe. Now the Tower of David Museum has renovated the access and the excavations are lit up for all to see.

After many years during which the Citadel moat was closed to the public, the southern part of the historic moat has been revived. The ancient builders of the Citadel surrounded the fortress with a dry moat, the first line of defense against enemies.

As years passed, the moat served other purposes. It was a marketplace, a passageway and even a makeshift garbage dump. Excavations in the moat have exposed an ancient quarry, a mikveh, a hewn water channel, secret passageways and a giant stone staircase and pools archeologists say are from the Hasmonean and Herodian eras.