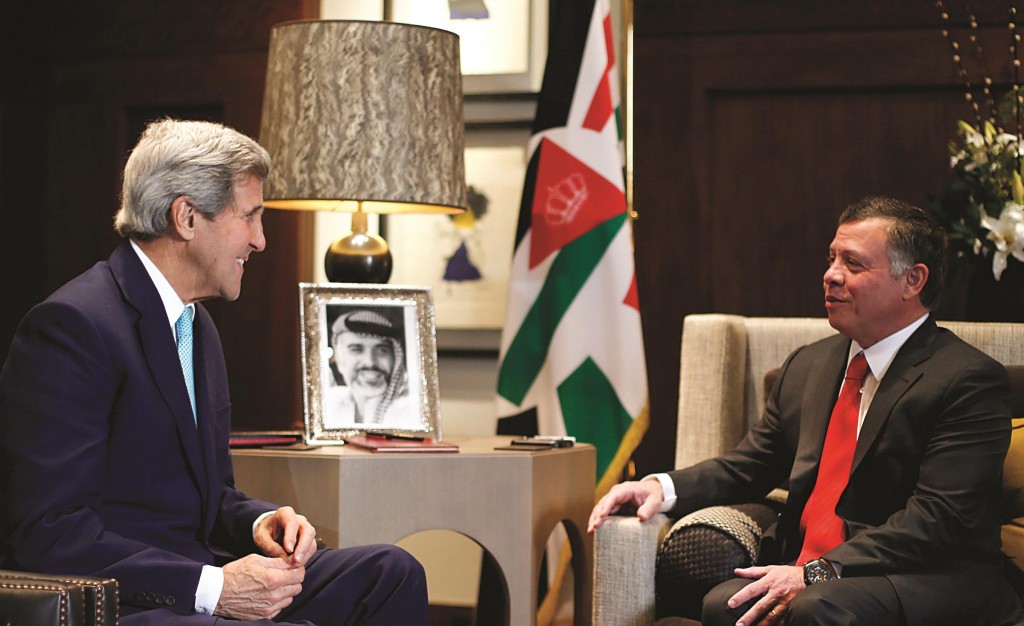 Jordan’s King Abdullah and Israeli Prime Minister Binyamin Netanyahu met in Amman on Thursday with Secretary of State John Kerry to try to ease strife among Israelis and Palestinians in Yerushalayim.

Earlier, Abdullah accused Israel of “repeated attacks” on religious sites in the capital and said they must stop. This, despite repeated assurances from Netanyahu that Israel intends no change in the status of the site and police have been sent in only restore order.

The three-way meeting in the Jordanian capital “will focus on ways to restore calm and de-escalate tensions in Jerusalem,” State Department deputy spokeswoman Marie Harf said.

Kerry, who added a stop in Amman to the end of a trip to Europe, China and other Middle Eastern cities, conferred in Amman earlier on Thursday with the Jordanian monarch, who has stewardship over the al-Aqsa compound, and with Palestinian Authority President Mahmoud Abbas.

Netanyahu’s visit to Amman will be his first since January. His office declined comment on the meeting.