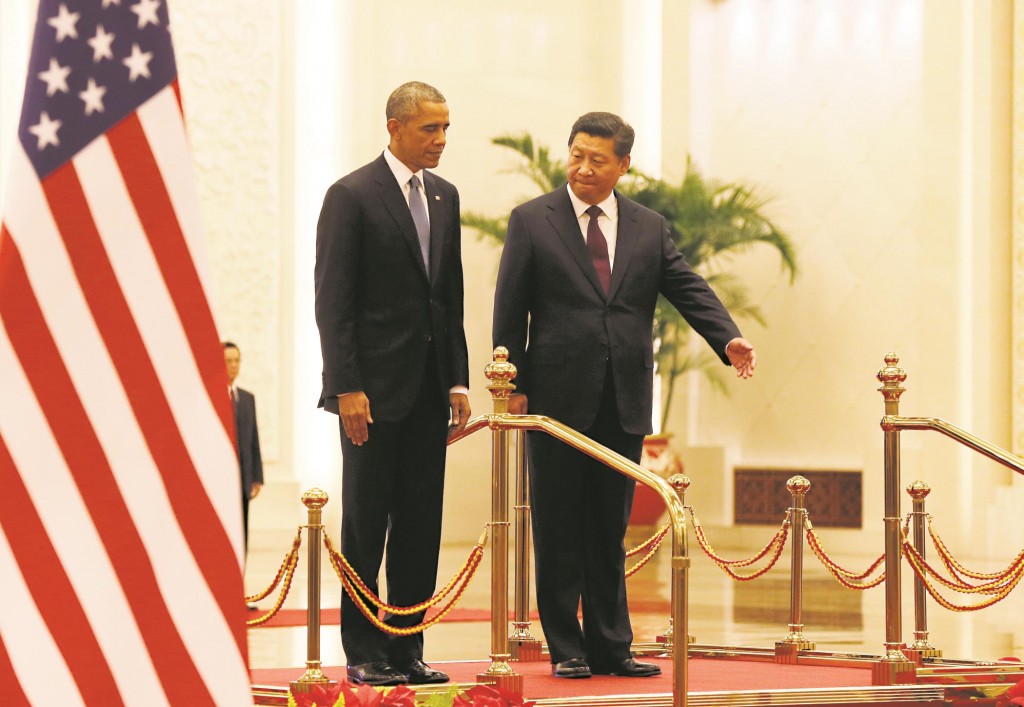 The United States and China announced a largely symbolic plan on Wednesday to implement new limits on carbon emissions, the highlight of a summit between Barack Obama and Xi Jinping at which both leaders played down suggestions of differences and rivalry.

U.S. officials said the commitments by the world’s two biggest carbon polluters came after months of backroom negotiations and would set the stage for a global climate control pact, but experts said the limits did not break significant new ground.

The two largest economies in the world have strong commercial ties but have been at odds over everything from China’s pursuit of territorial claims in East and Southeast Asia to cyberspying, trade and human rights.

Obama, meeting Xi in Beijing’s Great Hall of the People for their first formal talks in more than a year after a dinner the previous night that went two hours longer than scheduled, said he welcomes a China that is peaceful, prosperous and stable.

“In other words, a strong, cooperative relationship with China is at the heart of our pivot to Asia,” Obama said, shrugging off criticism that the United States sought to counter China’s rise in the region.

“If the United States is going to continue to lead the world in addressing global challenges, then we have to have the second largest economy and the most populous nation on Earth as our partner,” Obama said, adding that he was encouraged by Xi’s “willingness to engage constructively”.

“The Pacific Ocean is broad enough to accommodate the development of both China and the United States and our two countries should work together to contribute to security in Asia,” he said.

A senior U.S. official said the climate change agreement was largely complete ahead of the visit, but was finalized at the dinner on Tuesday.

In another centerpiece of the visit, the White House announced on Tuesday that the two countries made a breakthrough on eliminating duties on information technology products, a move cheered by U.S. software and technology trade groups that could pave the way for a major deal at the World Trade Organization.