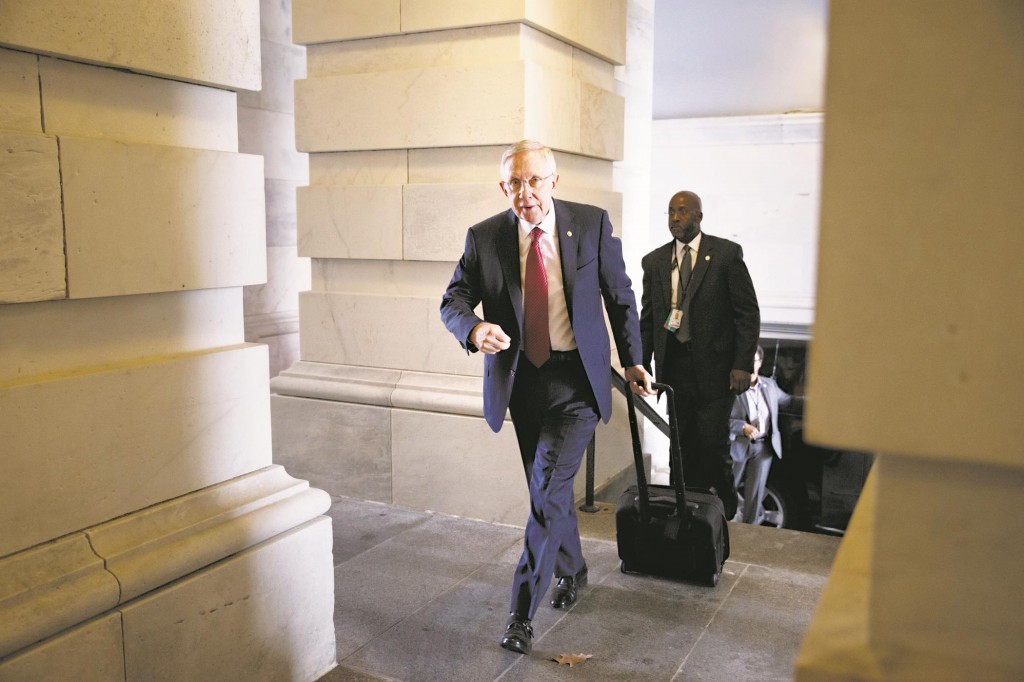 Call it a high-stakes political game, with the Louisiana Senate seat the big prize.

Three-term Democratic Sen. Mary Landrieu, facing an uphill fight to hold her seat in a Dec. 6 runoff, on Wednesday, called for a vote on approving the Canada-to-Texas Keystone XL pipeline project.

Within an hour, Republican leaders in the House announced that lawmakers would vote Thursday on a bill sponsored by Landrieu’s Republican rival, Rep. Bill Cassidy, to build the pipeline.

The back-and-forth came against the backdrop of a new political landscape and fresh calls for an end to Washington gridlock.

Republicans rolled in midterm elections, seizing majority control of the Senate with a net gain of eight seats. A GOP victory in Louisiana would make it nine.

Echoing Landrieu’s plea were moderate Democrats from Republican states, who argued for the project that would carry oil from Canada south to the Gulf Coast. The southern leg of the pipeline between Oklahoma and Texas is already operational.

Landrieu’s request put Republicans who have pressed for the pipeline on the spot; rejecting Landrieu’s call would open them to widespread criticism. Rather, they could go along and seek to add amendments to the bill.

The remaining question was whether President Barack Obama would sign the measure. He has delayed a decision on the project that is opposed by environmental groups. Republicans insist that it will create jobs.