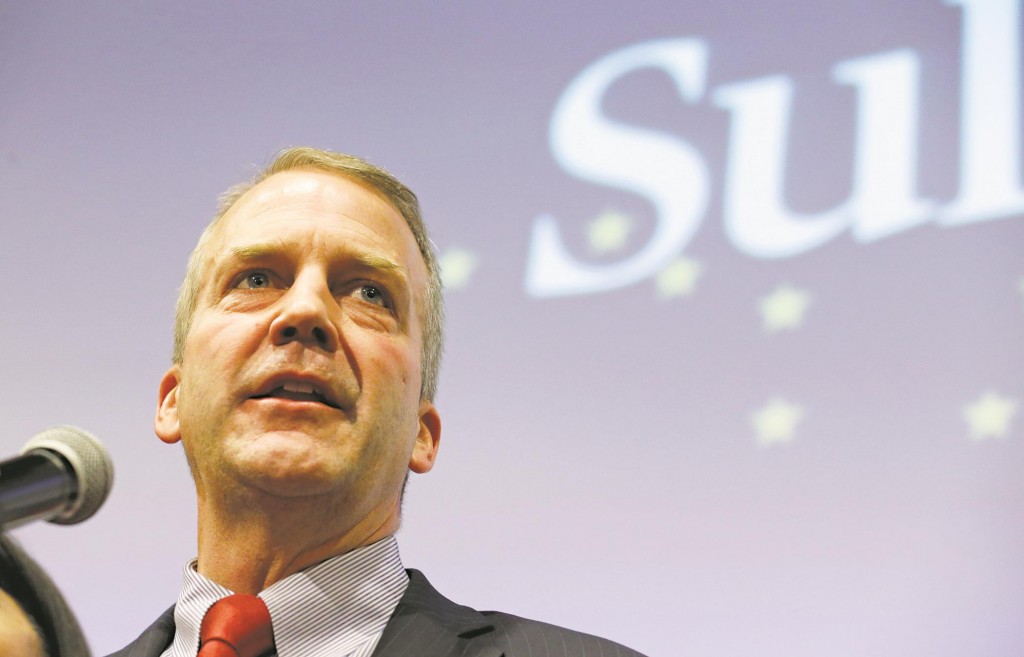 Republican Dan Sullivan won Alaska’s U.S. Senate seat in a hotly contested race, beating a first-term incumbent as voter disapproval of President Barack Obama swept Democrats out of office and allowed the GOP to seize control of the Senate.

Sullivan, a Marine Corps reservist and assistant secretary of State under President George W. Bush, defeated U.S. Sen. Mark Begich as part of a wave of victories by Republicans, who picked up eight Senate seats. Another race is yet to be decided in Louisiana.

The Alaska contest was too close to call on Election Night, with Sullivan up by about 8,100 votes, but it became evident Tuesday when the state began counting about 20,000 absentee and questioned ballots that Begich could not overcome his opponent.

Sullivan said in a statement that “my door will always be open to all Alaskans.”