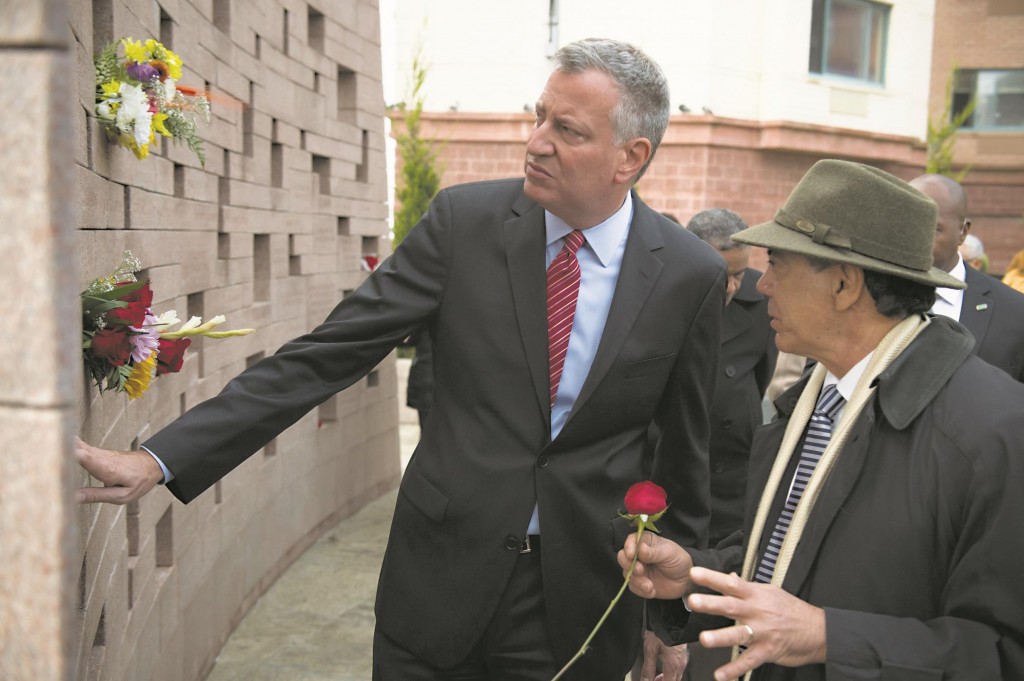 Relatives of the 260 people who died on American Airlines Flight 587 to the Dominican Republic on Wednesday commemorated the jetliner’s crash with a solemn ceremony in the Rockaways — and some anger at Mayor Bill de Blasio for coming too late for the moment of silence.

The commercial plane crashed shortly after takeoff on Nov. 12, 2001. All passengers and five people on the ground were killed.

De Blasio angered some victims’ relatives by arriving late to the service. A moment of silence was scheduled for 9:17 a.m., the minute the plane crashed. However, de Blasio arrived at 9:23 a.m.

“I’m sorry everyone,” announced Miriam Estrella, who lost five family members and who took the podium instead of the mayor for the moment of silence. “Thank you for coming. Sorry our mayor’s not here, but it is the time that exactly 13 years ago that our family members passed away, and we will toll the bells.”

According to the Daily News,  one man got up in middle of the ceremony and called the mayor’s absence “a disgrace.”

De Blasio said later he woke up feeling sluggish but should have “gotten myself moving quicker.”

“I woke up in the middle of the night and couldn’t get back to sleep,” he said.

City Hall initially explained the tardiness on heavy fog, which they say delayed the police boat that officials had thought would be the fastest route to the ceremony in the Rockaways.