Stocks Eke Out Small Gain to Close at Record 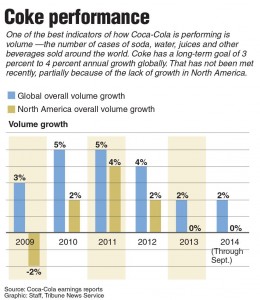 The stock market eked out another all-time high on Tuesday, but the gains were slight as investors awaited more news for an indication about the strength of the economy.

Homebuilders got a lift after D.R. Horton reported a surge in net orders for the fourth quarter, the second encouraging report from the sector in as many days. Juniper Networks slumped after the sudden departure of its CEO.

The stock market’s climb to record levels is being underpinned by record corporate earnings. As the reporting period for the third quarter winds down, companies have again managed to post strong earnings.

“The strengthening economy is definitely there in the earnings,” said Jerry Braakman, chief investment officer of First American Trust.

Ninety percent of companies in the S&P 500 have reported results for Q3. Average earnings for companies in the index are now projected to have risen 8.9 percent in the period, according to analysts at S&P Capital IQ. At the start of last month, earnings were forecast to grow only 6.7 percent.

Stocks will likely move “sideways to up” for the remainder of the year, said James Liu, Global Market Strategist at J.P. Morgan Funds. Earnings “continue to look good,” he said.

While earnings remain strong, the market could face volatility as investors fret about the potential timing of the Federal Reserve’s first increase in interest rates since 2006. “That’s my largest area of concern,” Liu said.

Fed policy makers have ended their most recent bond-buying stimulus program in October and have said that they will keep interest rates low until they are more certain about the economic recovery.

On Tuesday, D.R. Horton was among the day’s gainers after the company said that net orders surged 48 percent in its fourth fiscal quarter. The company’s stock climbed 52 cents, or 2.2 percent, to $23.95. Other home builders including PulteGroup and Lennar also rose.

Zoetis, a maker of animal health medicines, surged after reports that activist investor William Ackman had taken a $2 billion stake in the company. The Wall Street Journal reported that Ackman’s Pershing Square Capital Management had built the stake together with fellow hedge fund Sachem Head Capital Management. Zoetis rose $3.56, or 9 percent, to $43.72.

Juniper Networks slumped $1.22, or 5.7 percent, to 20.28 after announcing that CEO Shaygan Kheradpir had left the company after less than a year. The company said in a press release that his resignation “follows a review by the board of directors of his leadership and his conduct in connection with a particular negotiation with a customer.”

In energy trading, the price of U.S. oil rose Tuesday on expectations of lower domestic supplies but global oil fell to a 4-year low as Libyan production and exports appear closer to reaching the market.

Benchmark U.S. crude rose 54 cents to close at $77.94 a barrel on the New York Mercantile Exchange. Brent crude, a benchmark for international oils used by many U.S. refineries, fell 67 cents to close at $81.67 on the ICE Futures exchange in London.

In other energy futures trading on the New York Mercantile Exchange:

This article appeared in print on page 38 of the November 12th, 2014 edition of Hamodia.